Bhupendra Vira, a RTI activist, was killed in his house around 9 pm on Saturday in Mumbai. (PTI Photo)

Mumbai: A 61-year-old Right to Information activist was killed in Mumbai on Saturday evening by a man who barged into his home, held a gun to his head and fired. A former corporator of the Congress and his son have been arrested.

Bhupendra Vira was watching TV at his home in Santa Cruz when the killer entered around 9 pm and shot him in the head, say the police. Mr Vira's wife Khushboo says she didn't hear anything. "I make tiffin...I finished my work at 8.45 pm and was in the washroom. The TV was on so I heard nothing," she said.

The activist had reportedly told his wife to keep the front door open.

Mr Vira had led a campaign against land grabbing and illegal constructions in his colony. 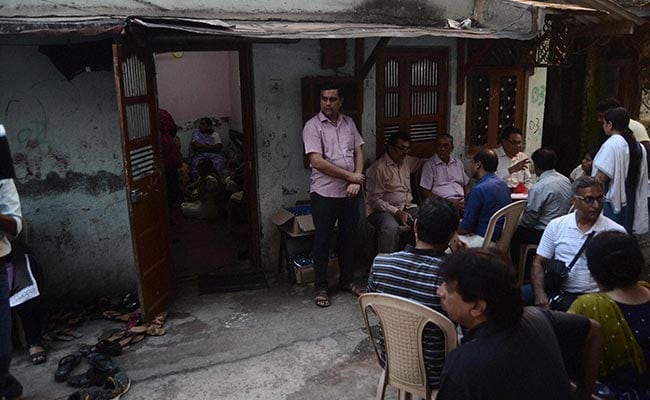 The shooter is suspected to have used a silencer; Mr Vira's wife, who was reportedly in the house, didn't hear anything.

Based on his family's complaint, the police filed a case against Razzaq Khan, a former corporator with whom the activist allegedly had many confrontations. Mr Khan and his son Amjad were arrested this morning.

Activist and former Aam Aadmi Party leader Anjali Damania, who had worked closely with Mr Vira, alleged that he was murdered because of his relentless fight against illegal land dealings.

The police are investigating whether Mr Vira had complained about any threat to his life. Ms Damania alleges that he and several other activists had been threatened and they had also told the police.

Mr Vira was attached to the 'Voice of Kalina', a citizen's group. He has three children, a daughter and two sons. One of the sons was allegedly stabbed four years ago.