The gold was seized from a specially designed belt worn by a Sudanese passenger. 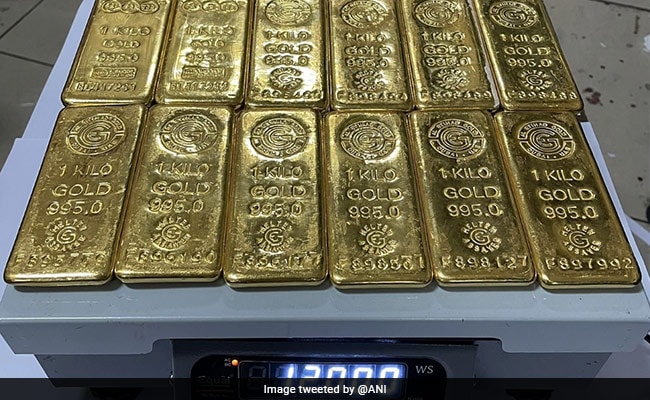 Twelve-kilogram gold valued at Rs 5.38 Crore has been seized by the officers of the Mumbai Airport customs on Sunday.

The gold was seized from a specially designed belt worn by a Sudanese passenger.

According to the customs, some passengers at the airport created commotion to help the accused escape but were overpowered.

The customs officer added, "A total of 6 passengers have been detained and 6 others are being deported."

Earlier, in another case, the Mumbai Airport Customs seized 1.3 kgs of cocaine valued at Rs 13 crore at the Mumbai International Airport. The police arrested one passenger from Ghana who was intercepted on August 28.

According to the information received from the police, the accused had concealed cocaine drugs inside his stomach. The accused was taken to the hospital and 87 capsules were recovered from his stomach.

The Mumbai Police registered the case against the accused and started further investigation.