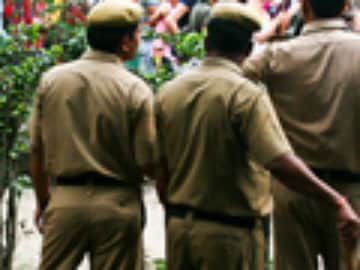 Meerut: A woman's allegation that she was kidnapped, gang-raped and forced into religious conversion has led to tension in an area on the outskirts of Meerut town in Uttar Pradesh.

Extra forces have been posted in Meerut's Kharkhadua area, where there have been protests after a 20-year-old woman claimed she was kidnapped, forcibly converted and raped by the chief of her village, Nawab Khan, and five others.

The woman's family claims she was kept in a madrasa in Muzaffarnagar for five days before she finally escaped.

She will record her statement today, say sources.

Based on her complaint, Nawab Khan and two women who allegedly participated in her forced conversion have also been arrested. The others are yet to be arrested.

The police have filed cases of rape and hurting religious sentiment.

On Monday, villagers protested outside the area's police station demanding the suspension of policemen who, they allege, did not respond when the woman's family complained that she had been kidnapped. She had been missing since July 30.

The officer in charge of the police station has been removed.

The police are reportedly waiting for a medical report to confirm rape.

The incident has taken a political turn with the ruling BJP's Uttar Pradesh unit citing it as an example of forced religious conversions and threatening an agitation. State BJP president Lakshmikant Bajpai is travelling to the area today and Meerut MP Rajendra Aggarwal has vowed to raise the case in Parliament.

Uttar Pradesh's ruling Samajwadi Party has condemned what it calls attempts to stir communal trouble. "The accused have been held. Some political parties tried to give it a communal turn but were unsuccessful," said the party's Naresh Aggarwal.

Promoted
Listen to the latest songs, only on JioSaavn.com
The state administration is fighting to prevent a flare-up in the communally sensitive town which is 120 km from Saharanpur, where clashes between two communities left three dead and several injured just days ago.

Former chief minister Mayawati said, "SP should take this seriously. There should be a probe into this and people responsible should be tried under proper charges."