Man Hacks Woman To Death With Axe, Then Shoots Video

Maninder Singh, the accused, attacked Sarbjit Kaur with an axe and struck her repeatedly near her neck and chest till she died. It is not known how many people were present at the time of the incident. 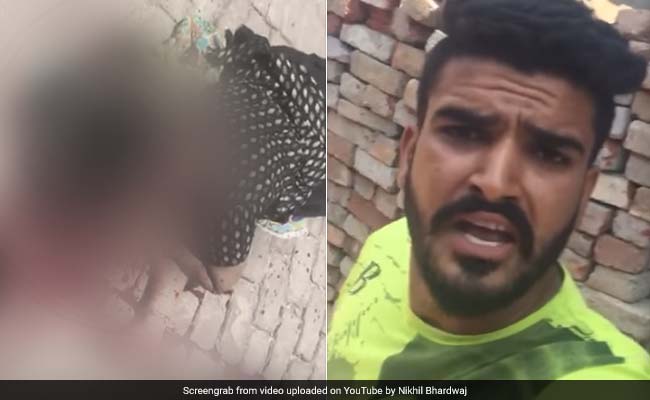 A woman was hacked to death with an axe in full public view in Ludhiana. The man then made a video

Ludhiana: A 40-year-old woman was axed to death by a young man in full public view in Punjab's Kila Raipur village, around 30 kms from Ludhiana. The incident happened on Sunday morning, when the woman, Sarbjit Kaur, was walking back home.

According to the police, Maninder Singh, the accused, attacked Ms Kaur with an axe and struck her repeatedly near her neck and chest till she died. It is not known how many people were present at the time of the incident.

The accused, seen in a fluorescent yellow t-shirt, then took out his phone and made a video of the woman who was lying in a pool of blood. He then went on to focus the camera on himself and uttered a few words before the video ended. "He made a video of himself standing next to the body of the woman, after he committed the crime," confirmed a policeman.

Maninder Singh then called the police and confessed about the murder. Dhruman Nimbley, the Deputy Commissioner Police in Ludhiana told news agency PTI that, "The accused informed the police control room after the incident, following which he was arrested".

"A case has been registered at the police station in Dehlon based on the complaint of Lakhwinder Kaur, Sarbjit's daughter," Mr Nimbley said.

During the preliminary investigations, the police discovered that the victim knew about Maninder Singh's alleged affair with another woman of the same village. Maninder also claims that he was being blackmailed. Enraged over the alleged "constant blackmailing", he decided to kill her, the police said.

The investigation is currently under way.