It is not known yet why he was not arrested promptly after the woman's complaint more than a week ago, given the severity of her charge. 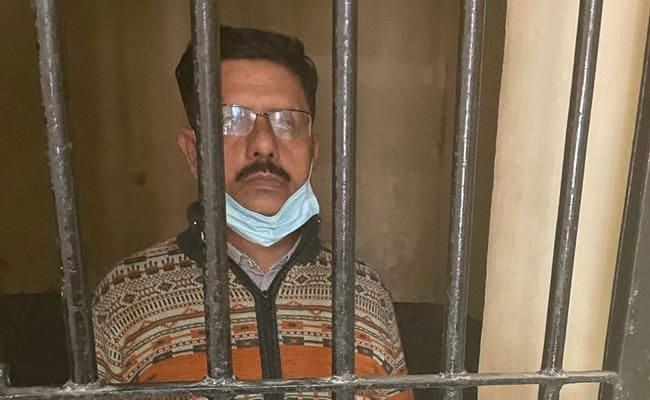 The accused, Ichcha Ram Yadav, is an under-secretary in the Uttar Pradesh administration.

A state government official in Uttar Pradesh, caught on camera forcing himself on a woman employee, has been arrested in Lucknow after videos of the assault surfaced on social media.

Ichcha Ram Yadav, an under-secretary in the Uttar Pradesh administration, had been charged in an FIR (First Information Report) filed on October 29 but was not arrested until yesterday, when videos of his attack on the woman went viral.

The videos were reportedly shot by the 30-year-old woman, a contractual employee at the UP Minority Welfare Department.

The disturbing visuals show the man, Ichcha Ram Yadav, relentlessly assaulting the woman, unfazed by her attempts to push him away and protect herself. In one video, he appears to kiss her.

It is not known yet why he was not arrested promptly after the woman's complaint more than a week ago, given the severity of her charge.

This morning, as an image posted on Twitter showed Ichcha Ram in jail, many Twitter users questioned the UP police's belated action.

The woman says in the FIR that she has been a computer operator with the Minority Welfare department since 2013. Ichcha Ram, the "section in-charge", allegedly started harassing her in 2018. They both worked on the fourth floor of "Bapu Bhawan" in Lucknow, the department headquarters.

While making increasingly egregious advances, he allegedly promised to confirm her job if she played along and threatened to sack her if she didn't. He even threatened to destroy her and kill her, the woman alleged.