JP Nadda was named the working president of the party on June 17 after BJP chief Amit Shah was appointed the Union Home Minister. 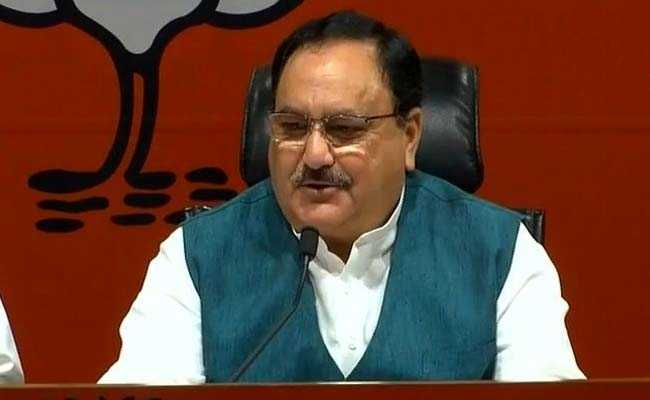 Preparations are underway in full swing for JP Nadda's first visit to Lucknow on Friday as BJP's working president.

JP Nadda was named the working president of the party on June 17 after BJP chief Amit Shah was appointed the Union Home Minister.

BJP leader Vidyasagar Sonkar in a meeting made a road map to welcome JP Nadda in Lucknow.

"JP Nadda is coming to Lucknow for the first time since becoming the working president. All the party workers need to take responsibility now onwards," he added.

Mr Nadda is visiting Lucknow to review preparations for the bypolls in 12 assembly seats in Uttar Pradesh. He is also expected to discuss the extension of the state cabinet and the new party chief in the state after Mahendra Nath Pandey was elevated to the post of Union Minister.

Mr Nadda will also review preparations ahead of the membership drive, which will be flagged off by Prime Minister Narendra Modi on July 6 from the latter's parliamentary constituency Varanasi.