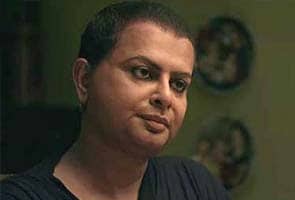 Kolkata: A pall of gloom descended on the eastern metropolis on Thursday as it woke up to a morning shocker - the sudden demise of National Award winning filmmaker Rituparno Ghosh following a cardiac arrest.

Ghosh was suffering from pancreatitis and died of cardiac arrest at his residence around 7.30 a.m., said sources. He was 49.

Members of the entertainment and film fraternity gathered at his residence in southern Kolkata as news of his death spread.

Braving a downpour, thousands thronged Ghosh's residence to catch a last glimpse of the director. Fans were seen wiping their tears off as news of his demise was confirmed.

Thousands scrambled to follow the van that carried his body (suited up in his customary turban and kurta) in a glass coffin, to be placed at the state-run theatre Nandan till 6 p.m.

A mixed crowd of celebrities and the public walked side by side, following the hearse, in bereavement.

Heaps of garlands and floral offerings were strewn on and around the coffin as the ever-increasing procession led to a traffic snarl at south Kolkata's Prince Anwar Shah Road.

Dubbed as the pioneer in reviving Bengali cinema, Ghosh's films won 12 National Awards. Besides claiming the honours at national film festivals, Ghosh got acclaim for his acting in movies like "Memories in March", and wrote scripts, which were hailed by the critics.

Born Aug 31, 1963, in Kolkata, Ghosh started his career in the world of advertisements, and shifted to celluloid in 1992 with the Bengali movie "Hirer Angti".

He shot into prominence with the 1994 offering "Unishe April", and then went on to make films like "Dahan", "Bariwali", "Asukh", "Utsab", "Shubho Mahurat", "Chokher Bali", "Dosar", "Shob Charitro Kalponik" and "Abohoman". He made Hindi movies "Raincoat" and "Sunglass", and his only English movie was Amitabh Bachchan-starrer "The Last Lear".

The filmmaker's last release "Chitrangada" (2012), where he also acted, won a special jury honour at the 60th National Film Awards.

A shocked Indian entertainment industry poured its heart out on Twitter lamenting the colossal loss.

Designer Sarbari Dutta, who designed his outfits for the National Film Awards ceremonies, said Ghosh was a "very sweet" and "affectionate" person who used to spend a lot of time at Dutta's residence discussing fashion.

Promoted
Listen to the latest songs, only on JioSaavn.com
"Really, I cannot believe he is no more. We have lost one of our most promising film directors."