The technical snag did not affect the arrival of flights to Kolkata, thunderstorms and subsequent rain did, a spokesperson of Airports Authority of India (AAI) said. 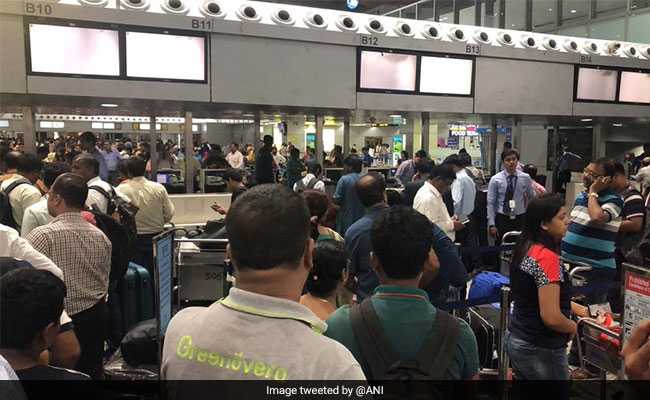 A day after scores of passengers were inconvenienced at the Kolkata airport due to technical glitches in the check-in system, a senior official said it took the authorities nine hours to restore normal services.

"The system, which slowed down and conked off around 5.15pm yesterday (Monday), was up and running by 2.30am," Airport Director Kaushik Bhattacharjee said Tuesday.

A tweet by Kolkata Airport thanked passengers and other stakeholders for their patience.

"The Local Area Network has been restored at around 0230 hrs. We thank our passengers, airlines and all the stakeholders for the patience and cooperation," it said.

The technical snag did not affect the arrival of flights to Kolkata, thunderstorms and subsequent rain did, a spokesperson of Airports Authority of India (AAI) said.

"A Singapore Airline flight was diverted to Dhaka, three others were diverted to Bhubaneswar and one to Lucknow," the spokesperson said.

The AAI owns and manages more than 100 airports - including the Netaji Subhash Chandra Bose International (NSCBI) Airport in Kolkata.

A fault was detected at the local area network (LAN) of NSCBI Airport Monday evening, hampering check-in process of the passengers.

Around 30 flights were delayed by an average of 20-25 minutes as boarding passes had to be issued manually.