Man Dies After Jumping Before A Metro Railway Train In Kolkata

Power to the third rail was stopped at the station to retrieve the body from under the wheels. 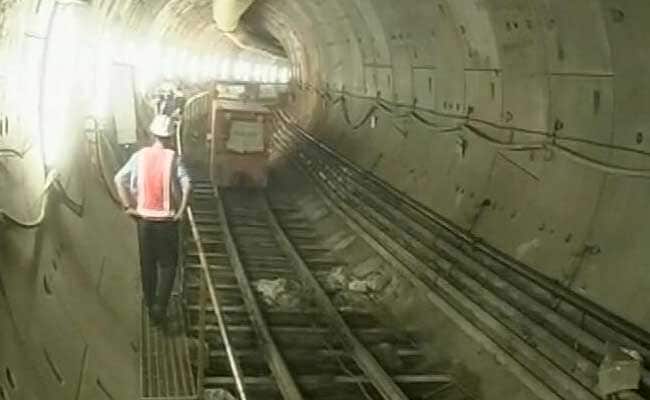 The incident occurred at Kolkata's at Shyambazar station on Tuesday. (File photo)

Kolkata: A man today died after allegedly jumping before a metro railway train at Shyambazar station, a metro official said.

Metro services were disrupted for 35 minutes from 6.01 pm after the man, aged around 25 years, allegedly jumped before an incoming train on the down track at Shyambazar in the northern part of the city.

Power to the third rail was stopped at the station to retrieve the body from under the wheels.

Promoted
Listen to the latest songs, only on JioSaavn.com
Services were resumed on both tracks from 6.36 pm, metro spokesperson Indrani Banerjee said adding truncated services were run during the period of disruption, the official said.