Urban Development Minister Firhad Hakim stated that Chief Minister Mamata Banerjee has asked the DGP to ensure exemplary punishment of all involved in the incident. 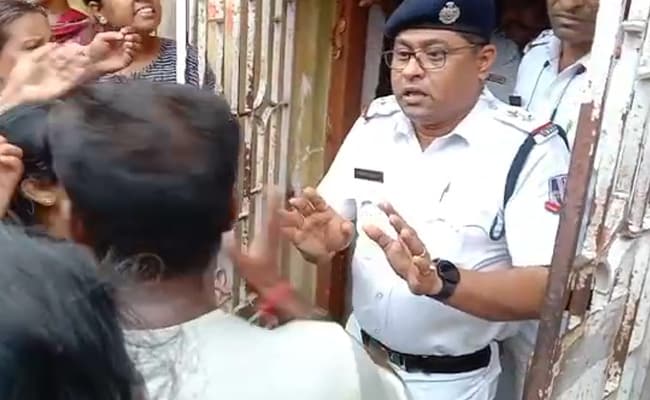 Investigation into the alleged murder of two 17-year-old boys, whose bodies were found in a morgue nearly a fortnight after they went missing from the city's Baguihati area, was on Wednesday handed over to the West Bengal CID by the state government, a minister said.

Urban Development Minister Firhad Hakim stated that Chief Minister Mamata Banerjee has asked the DGP to ensure exemplary punishment of all involved in the incident.

The officer in-charge of Baguihati Police Station under the Bidhannagar Police Commissionerate has been taken off duty, said Mr Hakim, who is also Kolkata Mayor.

"The investigation into the deaths of the two boys has been handed over to the CID. The OC has been closed (taken off duty)," he told reporters in Kolkata.

According to the Bidhannagar Police Commissionerate, the two boys - Atanu Dey and Abhishek Naskar - were strangled allegedly by a neighbour and his accomplices.

Four persons have been arrested in the case, but the prime accused, Satyendra Chaudhuri, and one of his aides are missing, a police officer had said on Tuesday.

The father of one of the two teenagers has said that he wants a CBI investigation into their alleged murder.

"I want the CBI to investigate the deaths as I do not have faith in the probe conducted by the local police," he said.

The two boys from Baguihati area had gone missing two weeks back and their bodies that lay unclaimed in the Basirhat Police district morgue in North 24 Parganas for a while were identified on Tuesday.

Parents of the two boys, who were close friends, had filed complaints at Baguihati police station after they went missing.

Kolkata Schoolboys' Murder Mastermind Caught At Station, Was About To Flee