Amid much speculation, Firhad Hakim was named for the top post of Kolkata's civic body after Sovan Chatterjee stepped down this afternoon. 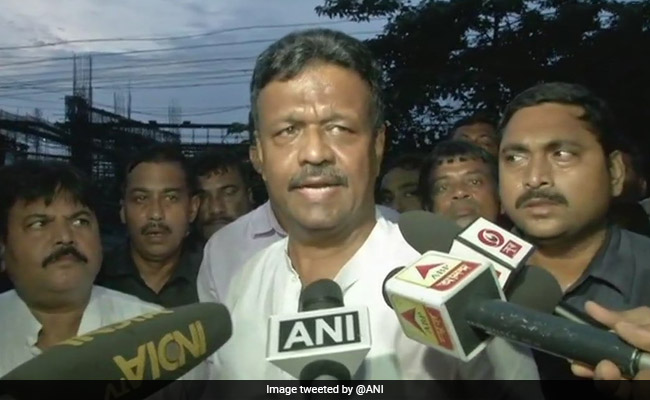 Firhad Hakim, is one of the well known faces of Trinamool Congress

Firhad Hakim, a minister in the Mamata Banerjee government who holds important portfolios like urban development and municipal affairs, has been named as the new mayor of Kolkata.

Amid much speculation, Mr Hakim was named for the top post of Kolkata's civic body after Sovan Chatterjee stepped down this afternoon.

On Tuesday, Mr Chatterjee had resigned as minister in the state government. Following the sudden move, chief minister Mamata Banerjee asked him to quit as mayor.

"He has sent his resignation through a representative," Kolkata Municipal Corporation Chairperson Mala Roy told reporters.

At at press conference after his resignation, Mr Chatterjee said he is also ready to resign as a corporator. He is a legislator from the important Behala East constituency in south Kolkata.

Interestingly, the bill, Kolkata Municipal Corporation (Second Amendment) Bill, 2018 was introduced in the state assembly by Mr Hakim himself. The bill was passed by a voice vote which was supported by lone BJP legislator and party's state chief Dilip Ghosh. Congress and the Left legislators were not present in the house.

On the floor of the assembly today, Ms Banerjee said, "There is no crisis at all. One can always resign and there are provisions. There is no misunderstanding either. Someone can have personal problems." She was replying to a question by Mr Ghosh.

Taking a dig at BJP, she said, "Even in your party M J Akbar had resigned (from the post of minister of state for external affairs). In our party, all the 122 councillors of KMC have the capability of taking up the post of Mayor." She added, "Why Amit Shah is your party president? Is there no other capable person in your party," she said.

Atin Ghosh, a Trinamool corporator from north Kolkata, has been named as new deputy mayor of the civic body. He replaces Iqbal Ahmed, who is said to be facing health issues.

Mr Hakim, also known as Bobby, is one of the well known faces of the party and has been a corporator from south Kolkata. He was one of the front-runners for the post as he is said to be well-versed with functioning of civic bodies by virtue of the portfolios he hold in the state cabinet. He is also a long-time Mamata Banerjee loyalist.

Meanwhile, Sovan Chatterjee was at one time one of Mamata Banerjee's favourite colleagues. She used to call him by his nickname, Kanan. On one occasion, such was their relationship, she even pushed him into a swimming pool as a lark.

But trouble was brewing between the two over problems in Mr Chatterjee's personal life that had gone public and become an embarrassment for Ms Banerjee's party. His wings were clipped lately. Of three portfolios -- fire services, housing and environment -- he lost environment some months ago.

But the immediate trigger for the resignation was Mr Chatterjee's statement in assembly on Monday that 25 lakh houses had been provided. Mamata Banerjee stood up and said the actual number of houses provided was 40 lakh. The opposition had slammed both the minister and chief minister over this.

The 117 ward of the Kolkata Municipal Corporation, which encompasses areas like Buroshibtala and SN Banerjee Road, is going for bypolls next month and Trinamool may put the new mayor as candidate to get him elected as a corporator.

Elections for the civic body are due in 2020.

The post of Kolkata's mayor has been held by several well-known personalities before and after independence, including Netaji Subhas Chandra Bose.