The railway authorities also confirmed the death of two persons in a release and said it has ordered an enquiry into the matter. 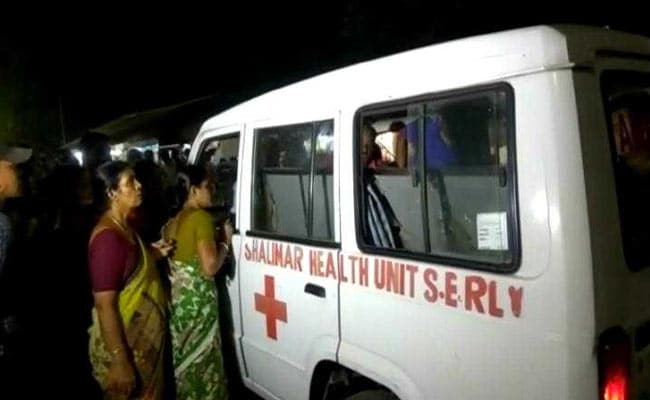 The stampede at a railway overbridge in Santragachhi station killed 2 people and injured a dozen. (File)

An FIR was lodged today against unknown persons for the stampede at a railway overbridge in Howrah's Santragachhi station that killed two people and injured a dozen, a Government Railway Police (GRP) official said.

The tragedy happened around 6 pm yesterday at the busy railway junction station under the South Eastern Railway due to overcrowding on the overbridge as commuters hurriedly tried to reach their designated platforms after an announcement of two trains coming simultaneously on two adjacent tracks was made.

"An FIR has been registered under various sections of the IPC for voluntarily causing grievous hurt and death by negligence against the unknown persons who might be responsible for the incident," an officer from Santragachhi GRP told news agency IANS.

The railway authorities confirmed the death of two persons in a release and said it has ordered an enquiry into the matter.

"Kala Kanti Singh, 32, of East Midnapore and Taser Sardar, 61, of Murshidabad were declared dead and 12 others sustained injuries due to overcrowding and heavy rush at the Santragachhi railway station yesterday.

"Railway authority has ordered an enquiry in connection with the unfortunate incident," the release said.

The department had also announced a compensation package of Rs 5 lakh each to the families of the deceased, Rs 1 lakh for the seriously injured and Rs 50,000 for those with minor injuries.

She also said that the railways "negligence and callousness" caused the tragedy as she ordered an administrative probe on behalf of the state government.

"Security of people should not be compromised, and railway should take proper care of the people. Railway is the lifeline of the country, it should not be derailed," she had said.