After Days Of Impasse, Shootings For Bengali TV Serials To Start

The shooting of a number of Bengali mega serials has been stalled since August 18, as disputes over regularisation of artistes' payment, due fees and working hours were not addressed. 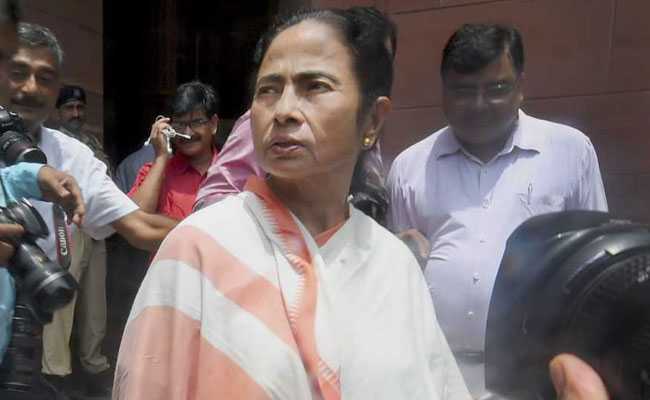 Mamata Banerjee said there was a problem within the industry.

The standoff between television artistes and a section of producers of Bengali TV serials was resolved on Thursday after Chief Minister Mamata Banerjee held a meeting with all the stakeholders. The shoots will resume on Friday.

"The shoot of the mega serials will be resumed tomorrow morning. Our telly industry holds a very respectable place in our state. There will be a Joint Conciliation Committee that will look over all the issues," Ms Banerjee said after the meeting at the state Secretariat Nabanna.

The shooting of a number of Bengali mega serials has been stalled since August 18, as disputes over regularisation of artistes' payment, due fees and working hours were not addressed by the Welfare Association of Television Producers (WATP). The producers, however, blamed the artistes for stalling the work.

Ms Banerjee said there was a problem within the industry.

"Things are solved as there has been a thorough discussion regarding the problems," she said, adding that the industry provides employment opportunity and creativity.

The Joint Conciliation Committee comprising the artists, writers, producers, technicians and all other stakeholders will have veteran actor Soumitra Chatterjee as the Chief Advisor. Prosenjit Chatterjee, Arindam Ganguly, Saibal Banerjee, Swaroop Biswas, Leena Ganguly and others will be members representing their respective fields.

Explaining the function of this body, Ms Banerjee said: "The committee will hold a meeting every month. All problems will be dealt with and they will have to oversee that neither the artistes or technicians are deprived nor the work is stalled."

Applauding Ms Banerjee for resolving the impasse, Soumitra Chatterjee said: "I thank all the members of the industry and especially the Chief Minister for a peaceful resolution and helping us in forming this committee for our future endeavours. I hope the industry will do better in future."