This Is What Kerala Officials Say About Mass Dog Killings 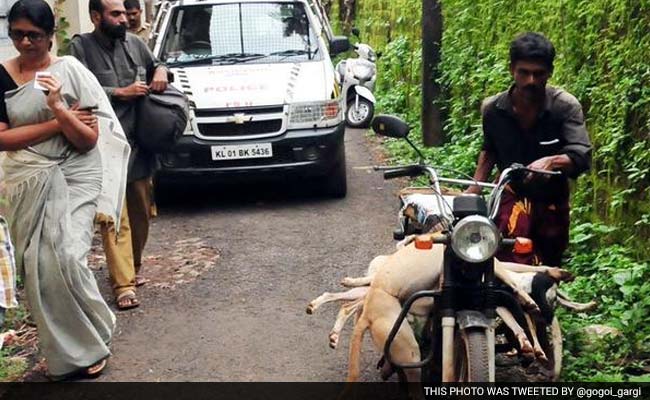 Kannur: Panchayat officials in Kerala's northern district of Kannur have denied any involvement in the killing of scores stray dogs which triggered a huge outrage on social media.

Animal rights activists had slammed Kerala's administration after images of nearly 40 dead bodies of dogs, including puppies, lying piled up in open spaces was shared on the social networks. The pictures also showed dead dogs being carried on two wheelers, as police vans stood by.

P Ramakrishnan, president of the Puzhathi panchayat where the incident of dead dogs' bodies being piled up was reported, said they were 'unaware' of the killings.

"It's the locals who out of their own frustrations have organised for the killings of these stray dogs. The panchayat has not sanctioned these killings," he said.

An FIR was finally filed after insistence by an eyewitness Beena William. "When I reached the spot, I saw several dogs killed and piled up. The moment I saw this, I gathered people around and called the police control room. I also saw two people bringing few more bodies of dead dogs on a scooty," she said.

"In fact, I was roughed up by the locals and questioned by the police for reporting all this," Ms William said.

The Kerala government had ordered mass animal birth control procedures for stray dogs and had backed killing of dangerous rabid dogs after a certification by the veterinary doctor. But activists have claimed that there has been an indiscriminate culling of dogs.

According to government statistics, 1,60,000 dog bites were reported in the last one year in Kerala. After widespread fear and massive anger against government inaction to deal with stray dogs, Chief Minister Oommen Chandy ordered special camps and recruitment of veterinary doctors on contracts for speeding up the vaccination drive. "Legally nothing was wrong in killing rabid, dangerous stray dogs," he said.
Comments
Kerala dogsKerala dog cullingKerala Dogs KilledKeralaKannur