Shutters Of Various Dams In Kerala Being Closed As Water Recedes

The two shutters of Cheruthoni dam, part of the Idukki reservoir in Kerala, which were opened on Tuesday, were closed today as the water inflow to the reservoir has reduced. 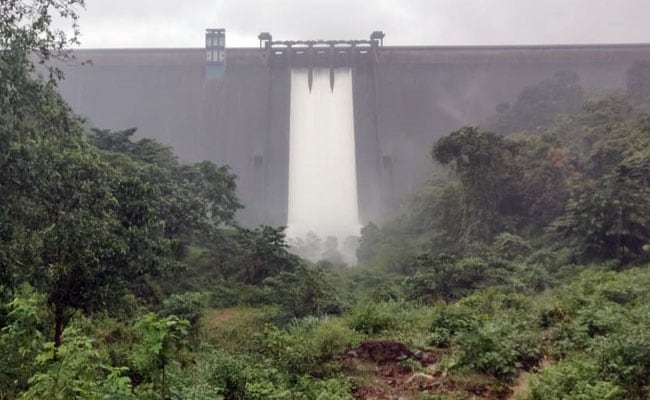 The water level at many of the major dams in Kerala receded on Friday following a let up in the rains, and various district authorities, in consultation with the IMD and the state disaster management authority, have started closing the shutters which were opened to discharge excess water accumulated due to the downpour in recent days.

The two shutters of Cheruthoni dam, part of the Idukki reservoir in Kerala, which were opened on Tuesday, were closed today as the water inflow to the reservoir has reduced.

"To maintain the water level, the second and the fourth shutters were closed today. However, the third shutter was raised to 40 cms and per second 40,000 litres of water is being discharged. The weather is favourable today. Still there is an orange alert for the Idukki dam. However, there is nothing to worry about the Mullaperiyar dam," Irrigation minister Roshy Augustine told the media.

Meanwhile, Pathanamthitta district collector Divya S Aiyer said shutters of Pampa dam were closed as the water level has come down to 74 per cent of the storage capacity of the reservoir.

The shutters of the dams were opened on Tuesday as water in these reservoirs had almost reached the danger levels. The three shutters of Cheruthoni dam were raised by 35 centimetres (cms) releasing one lakh litre of water per second.

The state witnessed heavy rains during October 15 and 16 resulting in widespread landslides and flooding in south central districts of Kerala besides claiming over 24 lives.

According to the State Disaster Management Authority, from October 12 to October 18, at least 90 houses have been destroyed in the rains, while 702 partially damaged.