The development comes a day after congress spokesperson Tom Vadakkan joined the BJP. 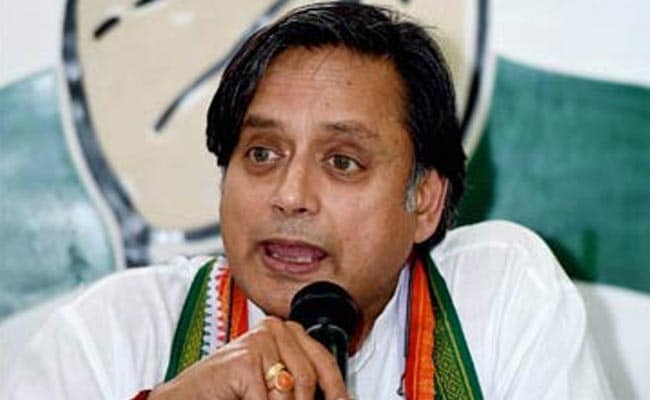 The BJP welcomed Congress leader Shashi Tharoor's aunt and her husband into the party fold at a function in Kochi on Friday but faced embarrassment as they said they were already supporters of the party.

The development comes a day after congress spokesperson Tom Vadakkan joined the BJP.

Shashi Tharoor's aunt Sobhana Sasikumar and her husband Sasikumar said they had been long time supporters of the BJP and wondered why such a function was organised to welcome them into the party.

Welcoming 14 new members from diverse backgrounds into the party, BJP's Kerala president PS Sreedharan Pillai called them the cream of Kochi and honoured them with a party shawl in the media's presence.

Addressing the function, Pillai hailed the historic background of Tharoors family in Palakkad district and said people from such backgrounds becoming part of the BJP have to be welcomed.

When reporters approached Mr Tharoor's relatives, the duo said they had been long time supporters of the BJP and did not know why such a function was organised to welcome them and asked the media to put the question to BJP leaders as to why it was held and left the venue.

Mr Tharoor's relatives might have attended various party functions as its supporters but Friday's function was organised to give them party membership, he said.

According to Congress sources, Mr Tharoor is likely to be the party candidate from the Thiruvanathapuram constituency which he currently represents.

In an embarrassment to the Congress, Tom Vadakkan, once seen as a key aide of Sonia Gandhi, joined the BJP on Thursday.