Mullapally Ramachandran had also said that during the Nipah outbreak, KK Shailaja camped in Kozhikode as a ''guest artist'' and tried to become the ''Nipah Rajkumari'' (Nipah princess). 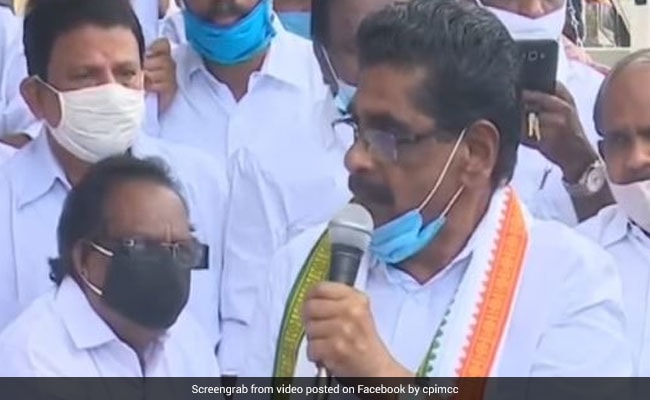 "I am not going to apologise," Mullapally Ramachandran said about his remarks on KK Shailaja

Congress Kerala chief Mullapally Ramachandran, who sparked a row over his remarks against state Health Minister K K Shailaja on Saturday said he stood by his words and there was no question of apologising.

He had on Friday alleged that Ms Shailaja was trying to get the label of "COVID Rani" (COVID Queen).

The KPCC president had also said that during the Nipah outbreak, Ms Shailaja camped in Kozhikode as a ''guest artist'' and tried to become the ''Nipah Rajkumari'' (Nipah princess).

The CPI(M) had slammed the remarks as sexist and demanded an unconditional apology from him.

"What I have said is right. I stand by my words and have not insulted anyone," Mr Ramachandran told reporters, a day after his words kicked up a storm.

"I am not going to apologise," he said.

The former union minister said some words from his speech had been ''cherry-picked'' by the media and a campaign was going on against him and asked what was wrong with his remarks.

The credit for successfully tackling the Nipah virus, which claimed 17 lives in 2018, should go to doctors, nurses, Asha and Anganwadi workers, he said, adding the minister had only held review meetings at the guest house and had not done anything appreciable.

The Congress veteran also referred to articles in various foreign media, describing Ms Shailaja as a "Rock Star" and "Corona slayer" and asked what was wrong with words like "Rani" and "Rajkumari" and said he stood by his remarks.

As he faced widespread criticism over the remarks, Ramachandran said he was not a person to make statements against women and had always stood in the forefront for their welfare and respected them.

Meanwhile, asked for his reaction, AICC General Secretary K C Venugopal, who was elected to the Rajya Sabha from Rajasthan, said in Delhi that he was not aware of what the KPCC President had said.

The Democratic Women's Association took out a march to Mr Ramachandran's house at Vatakara and protested against the remarks.