Navy Put On High Alert Amid Heavy Rain In Kerala

A defence spokesperson said the Navy has made preparations to meet any situation arising out of the possible inundation of the island. 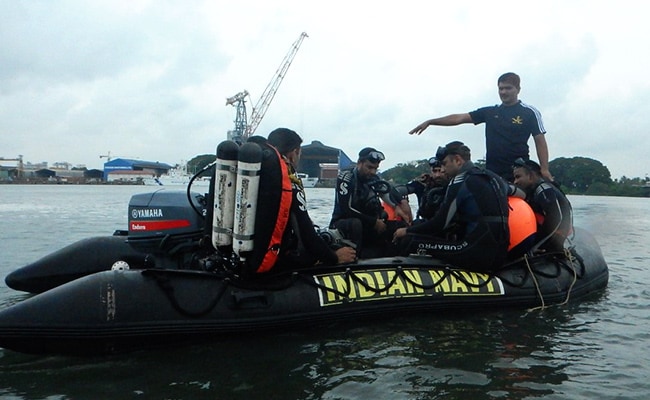 Water level will rise in downstream districts with the released excess water from the dams.

The Navy has put on alert its Southern Naval Command in view of the rising water level in Periyar river in Kerala and a possible inundation of parts of Wellingdon Island, surrounded by the backwaters of Kochi.

A defence spokesperson said the Navy has made preparations to meet any situation arising out of the possible inundation of the island, said to be the largest artificial island in the country, following the opening of shutters of three dams of Cheruthoni, Idamalayar and Kakki.

"We will take all necessary steps to ensure that important installations in the island are not affected," the spokesman told PTI.

The water level will rise in downstream districts with the released excess water from the dams reaching there.

Areas in Kuttanad Taluk are likely to be affected, sources said. The spokesperson said three contingents (50 men each) from INS Dronacharya, Venduruthy and Naval Air station INS Garuda are ready to be deployed as and when required, besides a medical team from the INHS Sanjivani.

The Southern Naval Command is also geared up to contribute to community kitchens, he said.

As heavy rains continued to lash various parts of the southern state, five more shutters of the Cheruthoni dam, part of the Idukki reservoir, were opened today releasing 7 lakh litres of water per second as the level touched around 2,401.5 feet.

For the first time in the last 26 years, a shutter of the Cheruthoni dam was opened yesterday and two more were opened at 7 am today.

The full reservoir level is 2,403 feet (in relation to mean sea level).