Bitto and his wife Prabitha, 28, from Thrissur district, were arrested this morning for abandoning their newborn child at St George Forane Church in Edappally last evening, they said. 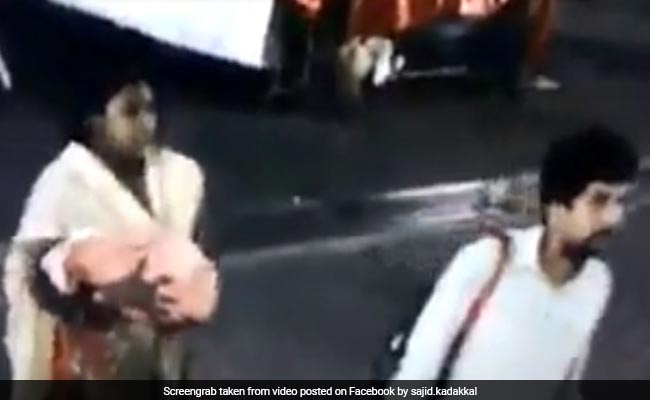 Kochi: A 32-year-old man, who abandoned his newborn baby at a church in Kerala's Kochi, allegedly committed the offence out of fear that he would be shamed socially for siring a fourth child, police said on Saturday. Bitto and his wife Prabitha, 28, from Thrissur district, were arrested this morning for abandoning their newborn child at St George Forane Church in Edappally on Friday evening, they said. The couple, who have four kids, including the abandoned two-day-old infant, were traced from Wadakkancherry, they added.

The woman allegedly joined her husband in committing the crime before being discharged from the Government Medical College Hospital in Thrissur, where she delivered the baby.

During preliminary probe, Bitto told the investigation team that the offence was committed out of fear that they would be shamed socially for siring a fourth child, police said.

They were allegedly laughed at by friends and locals for Prabitha being continuously pregnant.

Police, however, said a detailed investigation was required to reach a final conclusion in the case.

The two have been charged under IPC Section 317 (exposure and abandonment of child under 12 years, by parent or person having care of it) and Juvenile Justice Act, Section 75 (punishment for cruelty to child), police said.

CCTV camera footage aired by television channels and circulated on social media since last night showed a couple leaving the child in the premises of the church.

The security staff of the church noticed the child at around 8.30 pm and immediately alerted the police.

In the footage, the couple along with another child was seen walking into the church around 8.15 pm with the baby wrapped in an orange sheet.

Promoted
Listen to the latest songs, only on JioSaavn.com
The father kissed the baby on its forehead before carefully placing the infant on the ground of the church.

The baby was admitted to a private hospital immediately after the incident. Hospital sources said the infant was healthy.