Kerala Health Minister Veena George said the 7,000 more COVID-19 deaths had occurred before the hospitals started uploading the data of such deaths online. 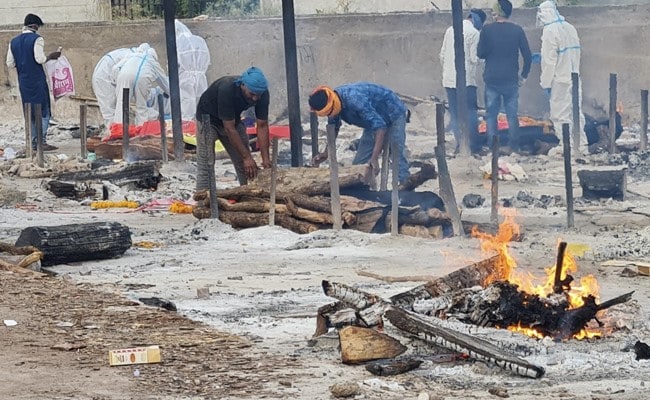 Kerala: Veena George said these Covid deaths have not been documented. (File)

Amid protest by the opposition alleging under-reporting of COVID deaths in Kerala, the state government on Friday decided to include 7,000 more victims of the pandemic in its official death list.

These are deaths that have not been documented and added to the official death list, she told reporters.

When the matter came up in the Assembly on Friday, the minister rejected the opposition charge that a large number of families of COVID victims in the state were being denied the compensation ordered by the Supreme Court and said no deserving family would be excluded from the financial aid in the southern state.

Ms George said Kerala was the first in the country to set up COVID Death Assessment Committees as per the revised guidelines of the Centre and expedited proceedings to provide COVID death certificates to the family members of the victims hassle-free.

A new information portal was also developed to help family members of those not included in the list of pandemic fatalities to register their names via online, she said while replying to a notice seeking adjournment motion by the opposition Congress-led UDF members.

Those who are facing any difficulty in applying via digital way can register at their nearest primary health centre also, she said.

"The concerns of the registered families will be resolved within the next 30 days," Ms George said.

The death of any person within 30 days of his admission as COVID patient at the hospital would be considered as COVID death, she said, adding that an order had already been issued to allot Rs 50,000 as financial aid to the close relatives of such people from the state distress relief fund.

"The state government has acted very swiftly to implement the directives as per the Centre's new guideline. We are moving ahead with a clear, concrete and time-bound plan to ensure the assistance to all applicants," the minister said.

The LDF government has a strong policy that compensation should not be denied to any deserving family, the minister added.

However, opposition leader V D Satheesan alleged that the southern state was facing a dire situation that tens of thousands of COVID victims were being denied the deserved financial assistance.

The government was reluctant to release the death count before June 16, he said, adding that it also violated the ICMR guideline that deaths of people, suffering from deadly diseases like cancer and who died due to coronavirus infection, should be considered as COVID death.

The state was yet to announce any financial aid other than the Rs 50,000 compensation ordered by the Supreme Court.

P C Vishnunath (Congress), who sought notice for the motion, alleged that 60 per cent of the total COVID deaths in India was reported in Kerala.

However, Speaker M B Rajesh denied leave for the motion based on the minister's reply.

Over 2,500 Miniature Idols Displayed For Bommai Kolu In Kerala