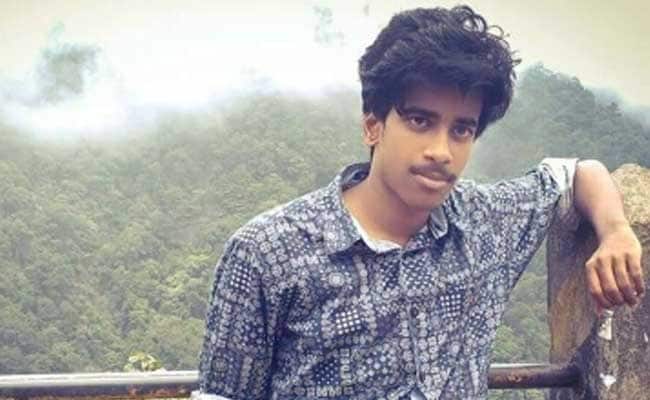 Jishnu was a first year student of Nehru College of Engineering and Research, a private college

Thrissur: An 18-year-old computer science student allegedly committed suicide by hanging himself in his college hostel bathroom in Kerala's Thrissur. The police have registered a case of unnatural death but his friends have alleged that he was harassed by college authorities on being caught cheating.

"The invigilator claimed that Jishnu was copying from another student but he kept saying he is innocent. College authorities threatened to debar him from writing any exams for three years and made him cross out his entire answer sheet," one of Jishnu's friends told NDTV on condition of anonymity. The semester exam was held on January 6 when this incident happened.

Later, on finding Jishnu absent for the mandatory 6.45 pm hostel roll call, his friends went searching for him and found him hanging in the bathroom.

Jishnu was a first year student of Nehru College of Engineering and Research, a private college.

"We did not even complain about him copying to the main authorities. We only explained to him the implications of copying and he himself crossed out his answer sheets and gave us in writing that he was doing so because he copied," Dr AS Vardharajan, the principal of the college, said.

Promoted
Listen to the latest songs, only on JioSaavn.com
However, Jishnu Pronoy's uncle Sreejith said, "None of the college authorities even came for the funeral or even called us. Only students, who were his friends, came. We want to see the CCTV footage to get the real picture."

A police investigation is underway.