Kerala Nun, Who Protested Against Rape-Accused Bishop, Expelled By Church

Sister Lucy said she did not know the protesting nuns before, and became aware of them after they started holding protests in Kochi. 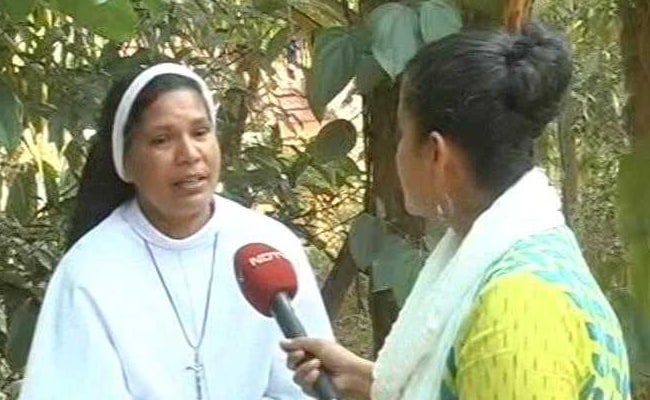 A 53-year-old nun has been dismissed from her congregation nine months after she came out in support of a nun who accused a bishop, Franco Mulakkal of sexual assault. Sister Lucy has been accused of violating various canonical norms. The list includes appearing on television and social media, buying a car, making monitory transactions by publishing a book, violating dress code and not submitting her salary to the community.

The Franciscan Clarist Congregation in Kerala's Wayanad, which is part of the Catholic Church, dismissed her on May 11 after issuing at least three warning notices over months. The nun received the letter today.

"I will see what legal measures I can take. I have lived in this congregation for decades. I have nothing else except this place to stay. They literally forced, threatened me into signing the dismissal letter," Sister Lucy told the media this morning. "I hope people who believe in me, support me... will rally around me and help me," she added.

One of the allegations against her, according to the congregation, is that she is repeatedly appeared before the social media and TV channels and is writing in newspapers and weeklies from September 20 "without the knowledge and permission" of her superiors. "The statements and writings are often one sided and biased, as well as harmful to the image of the church and its legitimate authority," the notice said.

The notice was issued days after Sister Lucy attended a protest meeting organised by five nuns from Kottayam, in support of a nun who was raped, allegedly by Bishop Franco Mulakkal. The priest was arrested days after the protest, but the protesting nuns have claimed that the he is being backed by the church.

Speaking to NDTV in February, soon after she received her third warning, Sister Lucy had said: "Of course I am being targeted because I supported the nuns protesting against Bishop Franco Mulakkal... I have been a nun with them for 33 years, and all their complaints are based for just one year".

Bishop Mulakkal is accused of raping the nun on 14 occasions from 2014 to 2016 and is under trial. In October last year, Father Kuriakose Kattuthara, another member of the clergy deposed against the bishop in the rape case, was found dead at a church in Hoshiarpur's Dasuya.

Sister Lucy said she did not know the protesting nuns before, and became aware of them after they started holding protests in Kochi.

"I haven't heard or seen Bishop Franco before that. But I am a nun and how could I not support the nuns fighting for their justice? I am one of them. These nuns have been isolated from the church. It is a horrible situation. My attitude is to always be with the oppressed, unwanted," an unwavering Sister Lucy had added.