Kerala Chief Minister and Communist Party of India (Marxist) leader Pinarayi Vijayan on Tuesday said the CPM "didn't have any reason" to plan the murder of the two Youth Congress workers. 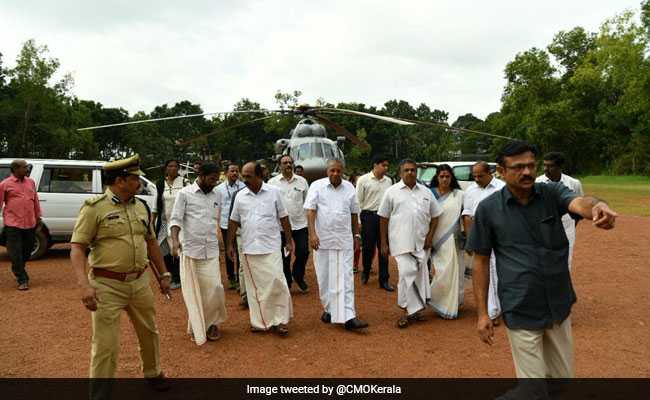 Kasaragod Murders: Kerala's Pinarayi Vijayan has ordered arrest of all accused at the earliest.

A member of the Communist Party of India (Marxist) committee from Kerala has been arrested in connection with the murder of two Youth Congress workers in Kasargod district, the police said.

The CPI(M) Peria area committee member Peethambaran was arrested after the murder of Kripesh and Sarath Lal. The two were killed on Sunday.

Kerala Chief Minister and Communist Party of India (Marxist) leader Pinarayi Vijayan on Tuesday said the CPM "didn't have any reason" to plan the murder of the two Youth Congress workers.

"It (the murder) is a very unfortunate incident. Political murders have reduced in my time. CPM didn't have any reason to plan this murder. There will be strict action against those involved in political murders," he said.

Kerala Governor P Sathasivan has sought a report from the chief minister on the present stage of police investigation into the murder.

The Congress has alleged that activists of Communist Party of India (Marxist) are behind the attacks.

Congress president Rahul Gandhi condemned the killings and extended condolences to the families of the deceased.

"The brutal murder of two members of our Youth Congress family in Kasargod, Kerala is shocking. The Congress Party stands in solidarity with the families of these two young men & I send them my deepest condolences. We will not rest till the murderers are brought to justice" he tweeted on Monday.

Congress leader Ramesh Chennithala alleged that "goons and police power" are being used to suppress people.