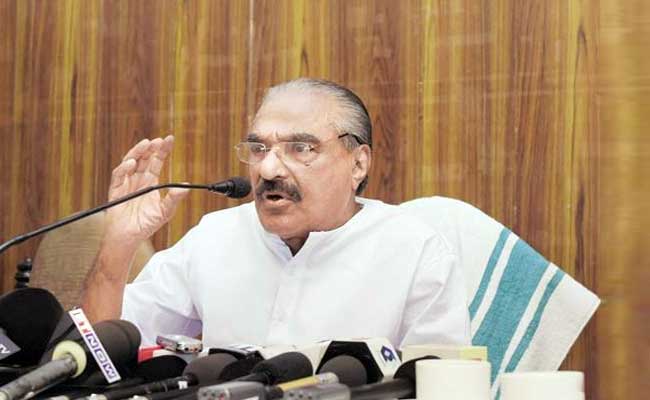 Thiruvananthapuram: In a fresh development in the bar bribery scam, a Vigilance Court today ordered further probe into the case in which Kerala Congress (M) supremo and former Finance Minister K M Mani is an accused.

The direction was issued by Thiruvananthapuram Special Vigilance Court Judge A Saffrudin on a petition by Vigilance Superintendent of Police R Sukeshan seeking further probe against Mr Mani.

Mr Sukeshan, the official who investigated the case earlier, also stated that former Vigilance Director Sankar Reddy had allegedly tried to sabotage the case by tampering the case diary.

The case related to the allegation by Kerala State Bar Hotel Owners Association Working President Biju Ramesh that the Association had paid Rs one crore bribe to Mani for getting favourable decision for reopening closed bars in 2013-14.

Mr Sukeshan had investigated the case twice based on a court order and submitted a report giving clean chit to Mr Mani, following which then Opposition leader V S Achuthanandan had challenged it and same was pending in the court.

In his petition filed before the court today, Mr Sukeshan alleged his investigation report was manipulated by then Vigilance Director Sankar Reddy.

The KC-M had alleged that bar case was a result of "conspiracy" by a section of Congress leaders.

Welcoming the further probe, Opposition Leader and former Home Minister Ramesh Chennithala said during his tenure, he had never interfered with the vigilance probe against Mr Mani.

"I have not interfered in either the bar case or any other case being probed", he told reporters at Alapuzha.

The court should look into who should conduct the probe, he said when asked if the further investigation should be entrusted to an official other than Mr Sukeshan.

While KPCC President V M Sudheeran said Mr Sukeshan, who had lost his "credibility" should not be entrusted with the investigation, BJP state president Kummanam Rajashekharan wanted a comprehensive probe to bring out truth in the case.

Mr Achutanandan said a criminal case should be initiated against Sankar Reddy.

Promoted
Listen to the latest songs, only on JioSaavn.com
This is for the first time that such an allegation has come up against an official who had functioned as Vigilance Director, Achutanandan said.