The kits, including food packets, clothes and other materials, were found in the shop on Tuesday when a few people arrived to rent the space. 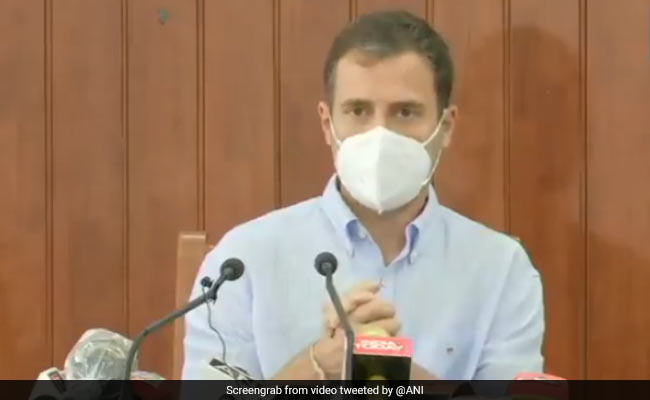 Flood relief kits provided by Wayanad MP and senior Congress leader Rahul Gandhi to his constituency have been found abandoned in a vacant shop at Nilambur near Malappuram.

This triggered widespread protest from various quarters, including local residents and the Left parties.

The kits, including food packets, clothes and other materials, were found in the shop on Tuesday when a few people arrived to rent the space.

The DYFI, youth wing of the ruling CPI-M, staged a protest-march against the Congress party and asked its leaders to tender an apology to the people.

Nilambur MLA P V Anwar (independent supporting LDF) on Wednesday sought a probe by the district Collector K Gopalakrishnan. He claimed after the matter came to light, Congress leaders allegedly destroyed other such stocks from across the constituency.

"This is not an isolated matter from Nilambur. They (Congress party) had stocked food materials at many other places to influence voters in the upcoming local body elections. After this came to light, the Congress leaders removed or destroyed the food kits from other places," Mr Anwar told reporters in a video message.

"The district Collector should probe the matter. The food kits were for the people suffering from a natural calamity. KPCC president Mullappally Ramachandran should reply," he said.

The district Congress leadership said they were unaware of the incident and would take action.

The state leadership is yet to respond to the matter.

The kits were found in covers inscribed with ''MP Wayanad'' on them.