Mr Chandy said he has not been provided with a copy of the report submitted to the state government by Justice G Sivarajan Commission which probed the scam. 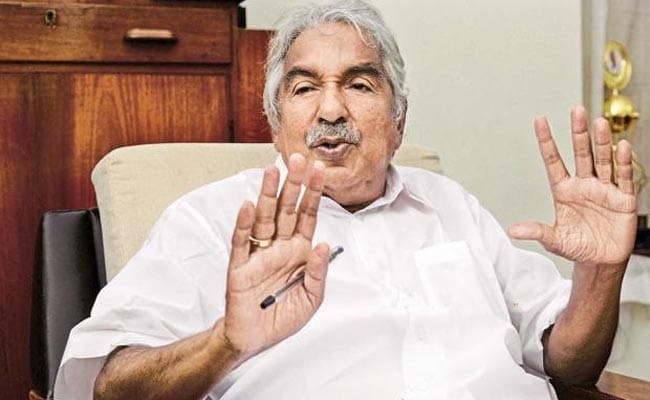 Kochi: Former Kerala Chief Minister Oommen Chandy, who is facing a probe in connection with the multi-crore solar panel scam, today alleged that he was being denied natural justice by the CPI(M)-led LDF government in the case.

Mr Chandy said he has not been provided with a copy of the report submitted to the state government by Justice G Sivarajan Commission which probed the scam.

The scam relates to a fraudulent company collecting money from people by leveraging its connections with top government officials.

The senior Congress leader said he would file an application before Chief Minister Pinarayi Vijayan seeking a copy of the report, if it was not provided to him under relevant sections of the Right to Information Act (RTI).

Soon after the government ordered a probe into the scam on October 11, Mr Chandy had moved an application before the state Chief Secretary seeking a copy of the report on the scam under the relevant provisions of the RTI Act.

"Haven't got the report so far. It is denial of natural justice," Mr Chandy, who is preparing for a legal battle against the government on the issue, told reporters here.

Mr Chandy and other Congress leaders have said they would challenge the decision of the CPI(M)-led LDF government to order a vigilance probe into the scam.

The government had also decided to launch a probe by a special investigation team against Mr Chandy, former ministers Aryadan Mohammed and Thiruvanchoor Radhakrishnan after registering a case against them in connection with the scam.

Two former Congress MLAs- Thampanoor Ravi and Benny Benhanan- have also been brought under the ambit of the probe.

The commission was appointed by the previous Chandy government after allegations surfaced about duping of several people of crores of rupees by the prime accused, Ms Saritha Nair and Mr Biju Radhakrishnan.

Announcing the probe, Chief Minister Vijayan had said a criminal case would be registered and "the SIT will probe allegations of rape levelled by Ms Saritha against some politicians in her letter dated July 17, 2013".

Mr Radhakrishnan, who was Home and Vigilance Minister in the Chandy government, had in order to protect the former Chief Minister "illegally" used police officers under him to "influence" the case, Mr Vijayan had said.

Promoted
Listen to the latest songs, only on JioSaavn.com
According to the commission, a vigilance case should be registered against former Power Minister Aryadan Mohammed, as he had helped Ms Saritha's Team Solar illegally.

Some Congress state ministers, MPS and MLAs were named by Ms Saritha in the letter when she was behind bars in connection with the case.