Activists in Kerala led a march hanging dead stray dogs on a pole to protest against the government.

Kottayam: With at least five dead dogs hung by their legs on a pole, more than a dozen members of the youth wing of Kerala Congress (M) marched down the roads in Kerala's Kottayam district on Monday in what they called a protest.

They had killed the stray dogs to protest against the increasing number of canines on the streets and incidents of dog bites across the state, members of the party said.

After their march, they left the dead dogs in a pile outside the post office facing the offices of the municipal body.

"We have killed these dogs. And it's a warning that this will continue if the central and the state government do not control the stray dog menace," Saji Manjakadambil, who was heading the protest told reporters. 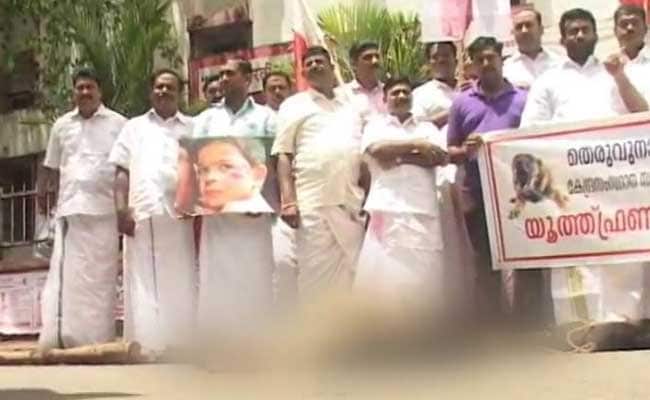 The protesters left the pile of dead dogs near the civic body's office.

The protest appeared to be an open challenge to Kerala Chief Minister Pinarayi Vijayan, who had earlier through his Facebook page, said that there won't be any illegal killing of stray dogs permitted in Kerala.

But a police case was yet to be registered against those who had said they had killed the dogs.

An increasing number of incidents of attacks on people by stray dogs have fanned outrage among large sections of the population in Kerala, fanning it into a political issue.

Promoted
Listen to the latest songs, only on JioSaavn.com
After a 65-year-old woman died in Thiruvananthapuram last month, the government said it will cull violent dogs, rejecting opposition by Union Minister Maneka Gandhi and animal lovers.

Chief Minister Vijayan also called an emergency meeting of all department heads to address the public fears over the attacks.