Bend It Like... This Kerala 10-Year-Old. Watch His "Near Impossible" Goal

In the video, the boy is seen curving the ball directly into the net out of the reach of the opponent's team goalkeeper. 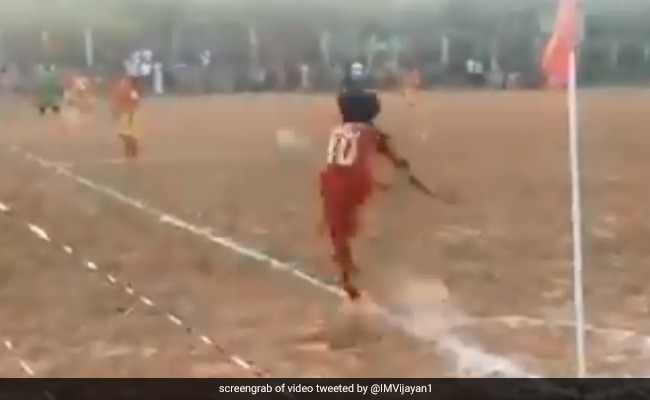 A video of a 10-year-old boy from Kerala, scoring a spectacular goal, is going viral on social media.

The video was first on Facebook by the boy's mother. The post went viral after it was shared by former legendary striker IM Vijayan on Twitter with the caption, "Superb".

In the video, the boy is seen curving the ball directly into the net out of the reach of the opponent's team goalkeeper.

The video has gathered over 11.4k views and been retweeted nearly 300 times.

The 10-year-old boy's video has impressed internet users. "This was such a superb kick. Indians certainly do not care about football. This could too bring us laurels," one Twitter user wrote.

"Nice kid with a classic kick. Praise our future champions of India. Direct to goal post from 0 degree dimension in less than a second. Jai hind!," another user said.

The 10-year-old kid along with the goal from the corner kick, scored a hat-trick in the final of the All Kerala Kids Football tournament for Kerala Football Training Centre (KFTC) on February 9.