An activist of the Students Federation of India (SFI), Arya Rajendran is also the state president of Balasangam, the children's wing of the Left party. 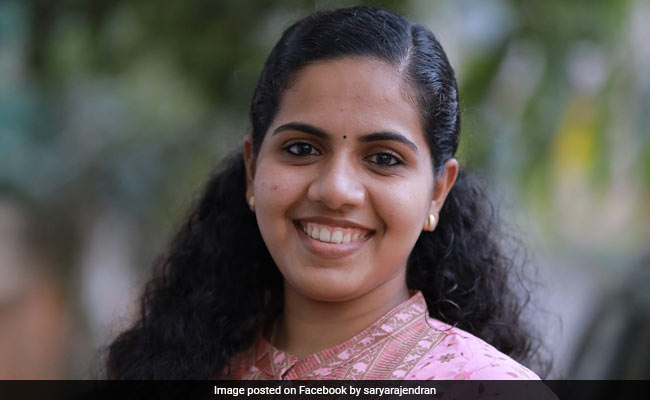 Arya is a Bsc Maths second year student at the All Saints college. (Facebook)

Twenty one-year-old Arya Rajendran, who successfully contested the recent civic polls, is likely to become the next Mayor of Thiruvananthapuram, CPI(M) sources said on Friday.

The Thiruvanathapuram district secretariat of the marxist party, recommended her name for the post at its meet. The recommendation has to be ratified by the party state secretariat, which will be meeting in the city on Saturday.

The state secretariat will make the announcements on five of the total six corporations by Saturday,the sources said.

Arya, a Bsc Maths second year student at the All Saints college here, had won from the Mudavanmughal ward of the city corporation, bagging 2,872 votes, 549 more than the rival Congress candidate.

An activist of the Students Federation of India (SFI), she is also the state president of Balasangam, the children's wing of the Left party.

When contacted by the media about the recommendation, shesaid the party will take the right decision and that she had not been informed by anyone other than reporters.

Thiruvananthapuram Mayor K Sreekumar (CPI-M), had suffered a shock defeat in the polls.