Ernakulam District Collector Jafar Malik said a total of 1,35,320 votes were polled out of the 1,96,805 electorate in the constituency. 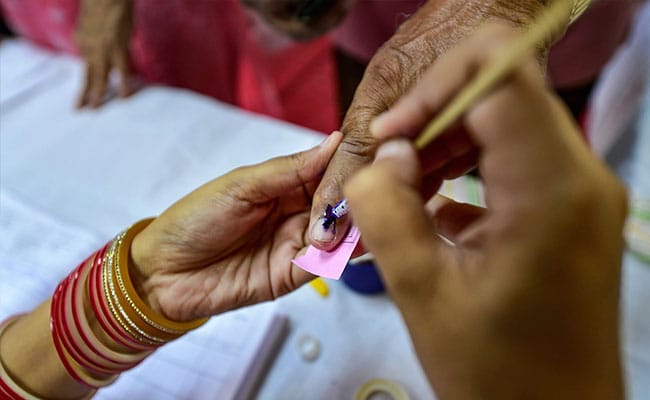 The byelection was necessitated due to the death of Congress MLA PT Thomas.(Representational)

The Thrikkakara Assembly constituency registered a 68.75 per cent turnout of voters for the by-election held here on Tuesday.

Ernakulam District Collector Jafar Malik said a total of 1,35,320 votes were polled out of the 1,96,805 electorate in the constituency.

Till 6 PM, Thrikkakara witnessed a turnout of 68,167 female voters and 67,152 male voters. The lone transgender voter too exercised the voting rights.

As the voting, which began at 7 AM and concluded at 6 PM, the electronic voting machines were shifted to the strong rooms. The votes will be counted on June 3.

Meanwhile, the Congress party on Tuesday alleged that a local DYFI activist attempted bogus voting, a claim which was rejected by the CPI(M).

CPI(M) state secretary, Kodiyeri Balakrishnan alleged that it was the UDF which encouraged bogus voting.

"However, till now, no complaint has been filed by any presiding officer regarding any bogus voting," police told PTI.

Police said a tender vote was cast after a question of identity was raised against a voter.

According to Section 49P of the Conduct of Election Rules, 1961, if a voter realises that someone has already voted in her name, she can approach the presiding officer at the polling booth and flag the issue. UDF candidate Uma Thomas told the media that her party will file a case against the CPI(M) in the matter of alleged bogus voting.

While the CPI(M) candidate is a well-known cardiologist, Dr Jo Joseph, BJP has fielded its veteran leader, A N Radhakrishnan in the constituency.

The byelection was necessitated due to the death of Congress MLA PT Thomas last year.

The constituency, which was formed in 2011, had elected senior Congress leader Benny Behanan as its first MLA.

Meanwhile, Twenty20, a political party backed by an industrial group here, had fielded a candidate in 2021 and secured 13,897 votes.

Even though Twenty20 had entered into an alliance with the Aam Aadmi Party this time, they have not fielded a candidate but asked the people to vote judiciously.

The Congress leaders, however, are confident that its traditional seat that stood strong with it even when there was a Left wave in 2021 would elect Uma Thomas, widow of PT Thomas to the state Assembly.