Rajinikanth's Kaala Screens In Karnataka, But Only After Protests

Pro-Kannada organisations had protested against the release of the film after Rajinikanth's comments on the sharing of Cauvery waters. 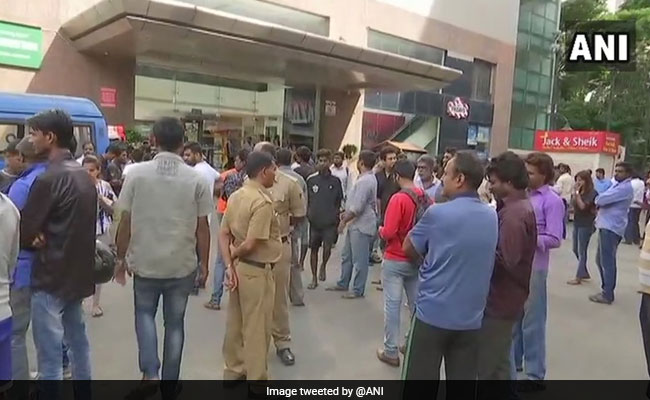 Bengaluru: Rajinikanth fans can now watch the megastar's latest film, Kaala, in Karnataka. But the release in Karnataka was not without its share of confusion. The planned morning shows did not run and screening only started in the afternoon.

Pro-Kannada organisations had protested against the release of the film after Rajinikanth's comments on the sharing of Cauvery waters - always a troublesome issue between Karnataka and Tamil Nadu. The protestors gathered at Orion Mall in Yeshwantpur in Bengaluru and raised slogans and waved flags before being taken away by the police.

Activist Vatal Nagaraj told NDTV, "Kaala must not run. Rajinikanth's film must not run. This is clear. This is for the state. There is injustice happening to us. We will not allow Tamil films to run."

Praveen Shetty of the Kannada Rakshana Vedike, said, "All cinemas and malls are giving us support. They are shutting by themselves and are not screening Kaala. Two or three malls were planning to screen it. We will protest it and stop it."

Karnataka chief minister H D Kumaraswamy seemed to tacitly support the protest with his statement requesting distributors and exhibitors not to show the film. But the state did stick to the letter of the law. There was security in all the malls where the screening had been planned with about 50 police personnel both outside the mall and inside near the screening halls.

Whether in support of the protest or not - theatres which had earlier planned to screen the film, did not do so in the morning, leading to disappointment for Rajinikanth's die-hard fans in the city of his birth, Bengaluru.

One fan told NDTV, "We are all fans of Rajinikanth and we love to watch his movies here in Bengaluru. We are waiting for it from morning. So we will be happy if it is there."

Another said, "We wanted to see first day first show...we did not have breakfast."

Other fans had made the journey to Chennai or to Hosur across the border in Tamil Nadu just to be able to see the film.

But there were fans who took a different view.

Promoted
Listen to the latest songs, only on JioSaavn.com
One man outside Orion Mall said, "If even today he gives a report that I am not supporting this, we the Kannadigas will support Rajinikanth. We are really big fans of Rajinikanth but especially when it comes to the language and Cauvery river....We are fighting for our rights."

Rough estimates say that for Rajinikanth's last film, Kabali, the film was released in more than 300 screens and each screen averaged a take of more than Rs 2 lakh a day. Kabali is said to have earned more than 10 crores in Karnataka alone.