After the meeting, MB Patil said the next plan of action will be decided after discussions with the 15-20 MLAs, who are unhappy with the Cabinet expansion. He, however, asserted that he has no plans to quit the Congress. 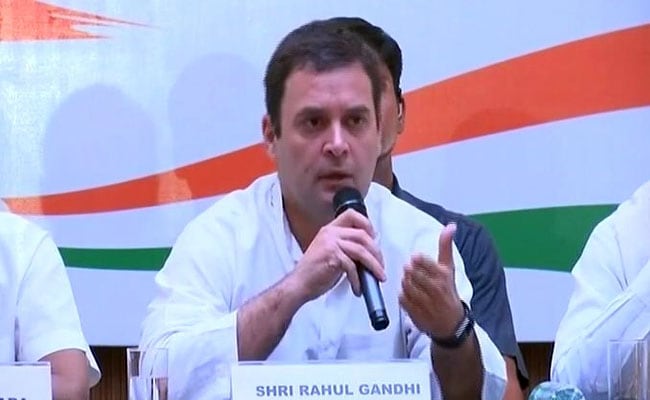 After the meeting, Mr Patil said the next plan of action will be decided after discussions with the 15-20 MLAs, who are unhappy with the Cabinet expansion. He, however, asserted that he has no plans to quit the Congress.

"We are trying to resolve the differences. The process is on at the moment. No decision has been taken yet," Mr Gowda told PTI after the meeting.

The consultations are still going on with state leaders, he added.

Mr Patil, who campaigned for a minority status for the Lingayats, is a prominent state Congress leader. Under his leadership, a section of dissatisfied legislators have held several meetings last week.

After meeting the Congress President, Mr Patil said: "I shared my views with Rahul Gandhi and explained the state's situation. I have not demanded anything."

He said, "I am not alone, many friends are together with me. I will share with them what happened in the meeting and then decide next plan of action."

Mr Patil, a former irrigation minister and an MLA from Vijayapura district, said he has no plans to quit the party.

"The BJP has not approached me nor have I got in touch with the saffron party. My fight is within Congress," he said.

He also mentioned that he was not in the race for the KPCC President post and did not make that demand in the meeting.

The JDS-Congress cabinet was expanded on June 6 with the induction of 25 new ministers, after intense bargaining for ministerial berths.

The much-awaited exercise has caused heartburn among several lawmakers in the coalition while supporters of some of the ministerial aspirants staged protests.