Karnataka BJP MP Pratap Simha had recently sparked a controversy by saying that he has asked engineers to demolish the "mosque-like" structure which had been constructed by an MLA from his party.

Before and after images of the bus stop on the National Highway-766 in Mysuru.

A bus stop in Mysuru, recently in the news over a BJP MP's threat to raze it for looking like a mosque because it had three domes on top, now has a new look, videos and images shared online show.

The bus stop on the Kerala Border-Kollegala section of the National Highway-766 now only has a single dome, painted red. Two smaller domes that were present - with all three coloured gold - are now missing.

This comes days after Karnataka BJP MP Pratap Simha sparked a controversy by saying that he has asked engineers to demolish the "mosque-like" structure which had been constructed by an MLA from his party.

"I've seen it on social media. The bus stand has three domes, a big one in the middle and two small ones beside it. That's a masjid only," he had said.

He had also claimed that such "Gumbaz-like" structures were being constructed in most parts of Mysuru. 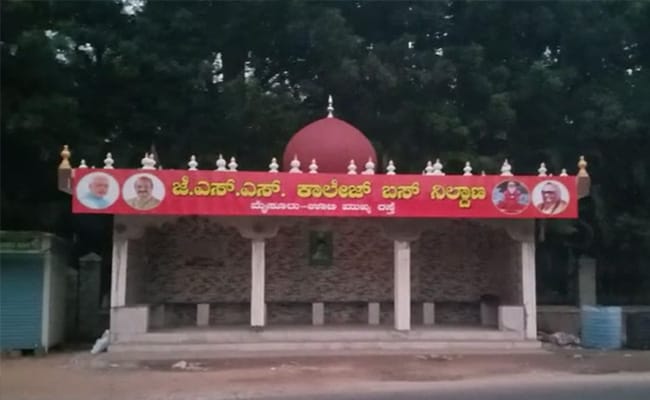 The bus stop on the Kerala Border-Kollegala section of the National Highway-766 now only has a single dome.

"I've told engineers to demolish the structure in three-four days. If they don't, I will take a JCB and demolish it," he had threatened.

His statement was criticised by many, including the opposition, as divisive.

Later, Mr Das apologised in a letter addressed to local people, saying he had "designed the bus stop keeping in mind the heritage of Mysore".

"Differences of opinion arose... That's why I am getting two domes removed. I'm sorry if anyone's feelings were hurt," he said. 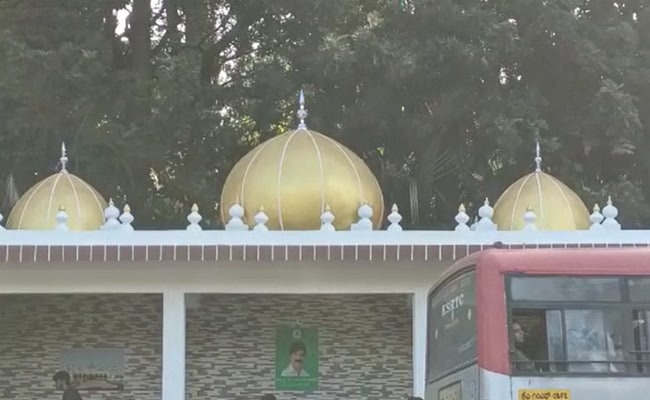 Earlier, the bus stop had three domes - with all three coloured gold.

This morning, Mr Simha shared the news about the changes made to the bus shelter. He also thanked the BJP MLA and the district administration for addressing his concerns.

Earlier, the National Highway Authority of India (NHAI), taking note of Mr Simha's tweet, had issued a notice to the Mysuru City Corporation and the Karnataka Rural Infrastructure Development Limited (KRIDL) to ensure the bus shelter stop was removed.

Claiming that the structure was constructed to achieve "controversial kind of issues", the highway authority gave one week time to remove it.

"Since it (the structure) has developed communal issue... this may be treated as notice, otherwise as per the Highway Administration Act 2003 action will be initiated," the NHAI said.