Karnataka Bus Strike: With the government on Thursday evening reiterating that it was not possible to fulfil their demand for the implementation of the Sixth Pay Commission report, RTC employees have decided to continue with the strike. 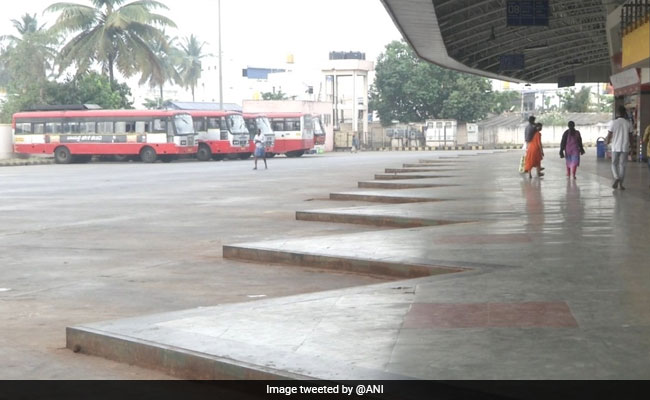 Passengers travelling to and from distant areas and office-goers were the most affected.

Bus services were hit in Karnataka for the third consecutive day today, as the stalemate between the employees of the road transport corporations, who are on an indefinite strike on wage related issues, and the state government continued.

With the government on Thursday evening reiterating that it was not possible to fulfil their demand for the implementation of the Sixth Pay Commission report, RTC employees have decided to continue with the strike.

As employees belonging to all the four transport corporations did not attend duty, buses continued to remain off the roads across the state, including Bengaluru, affecting daily commuters.

Passengers travelling to and from distant areas and office-goers were the most affected.

Private buses, mini buses, maxi cabs and other passenger transport vehicles were seen providing services to stranded passengers in different parts of the city and the state.

However, the number of passengers using private buses continued to remain scarce in the city, as people were using their own vehicles or were seen using cabs, Metro and auto rickshaws, especially in the city areas, private operators said.

Metro has increased the frequency of its services between 7 am and 9 pm.

Amid threats of ESMA and "no work no pay", very few RTC workers have returned to work and buses are said to be operating on some routes in the city along with police escort, sources said, adding that there are similar reports from few other places in the state.

Transport Department Principal Secretary Anjum Parvez on Thursday had said as a temporary arrangement, employees who have retired in the last two years have been requested to come back to service.

"They should be physically fit, medical and eye tests will be done."

Also requesting employees to get back to work, as the government has fulfiled 8 of their 9 demands and has decided for 8 per cent salary increase as an interim relief, he had said that per day loss because of the strike is about Rs 20 crore.

RTCs that have been warning employees about continuing with the strike, have started taking action against trainee employees and are issuing notice for absence from work.