The move came after a delegation from the Brahmin Development Board petitioned Chief Minister BS Yediyurappa in this regard and said these contents were "insulting" to the Brahmin community. 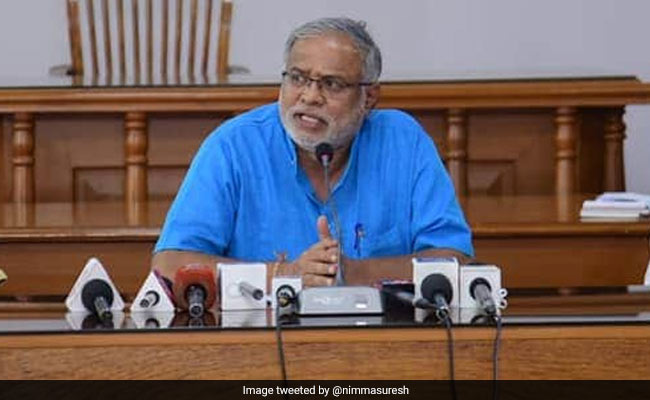 The Karnataka Government has instructed removal of contents from the class 6 social science textbooks after the Brahmin Development Board complained it was "insulting" to the Brahmin community.

The Primary and Secondary Education Minister S Suresh Kumar in a note to top officials of his department has also directed that a committee be constituted including teachers and experts to examine such contents in the social science and language textbooks from class 1 to 10, and submit a report in 15 days to take necessary action.

The move came after a delegation from the Brahmin Development Board petitioned Chief Minister BS Yediyurappa in this regard and said these contents were "insulting" to the Brahmin community.

Stating that the seer of Mantralaya mutt had telephoned him and informed him about the feelings of the Brahmin community, Suresh Kumar in Facebook post clarified that revision of textbook or addition of any fresh chapter has not taken place after the current government came to power.

"I have promised to the seer that the blunder that has taken place in the past and has come to light now will be rectified immediately," he said.

While citing the reasons for the birth of new religions, the content in the class 6 social science textbook states Sanskrit was the language of priests and the common man could not understand it, the minister said in his note.

According to the textbook, there was a food scarcity because "homa" and "havana" (fire rituals) were performed by offering large quantities of foodgrains, milk, ghee and other materials.

Also it has been said sacrificing animals that were helpful to farmers in cultivation contributed to it, he pointed out.

Further highlighting similar such portions, Suresh Kumar in his note said the opinion of majority of the people is that such content was unnecessary and was above the standard of the students of the age group to whom it was taught.

Such provocative content will not only lead to confusion in the society, but also hurt the feelings of the people of certain sections of community or society, he added.