Demand Drafts worth Rs 14 crore were received through 153 different organisations, while more than Rs 9 crore was transferred to the relief fund online. 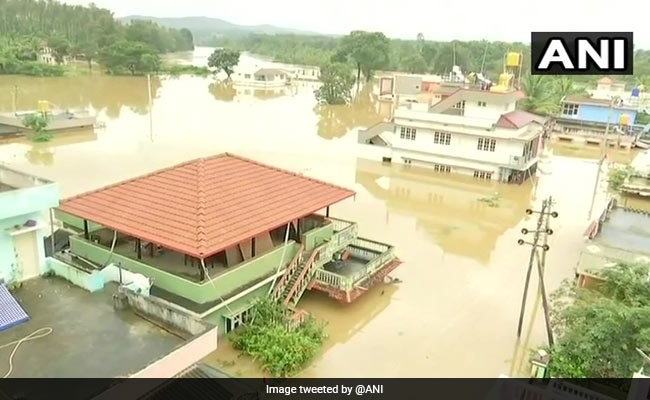 Karnataka has so far received Rs 46.15 crore as funds for relief and rehabilitation of people in flood-hit Kodagu district, an official statement said.

Demand Drafts (DD) worth Rs 14 crore were received through 153 different individuals and organisations, while more than Rs 9 crore was transferred to the relief fund through internet banking and digital wallets.

Kodagu's villages, towns and public infrastructure were severely damaged after torrential rains caused floods and landslips in the hilly district during the southwest monsoon from August 14-22.

According to preliminary estimates, the district has suffered losses worth Rs 1,140 crore to public and private property as a result of the rains, Kodagu Deputy Commissioner P Sreevidya earlier said.

At least 34 village panchayats have been badly damaged.

She had also said Rs 7 crore will be given to the affected district from the state-run defence organisations'' corporate social responsibility (CSR) funds.

While Karnataka has sought Rs 2,000 crore interim relief from the Centre for rehabilitation measures in the hilly district, Ms Sitharaman had said the aid will be announced only after an assessment of the losses.