All Votes At This Bengaluru Booth Go Only To 'Lotus', Tweets Congress Man

Karnataka Election: Congress' Brijesh Kalappa tweeted on complaints of faulty EVMs and said the party would take it up with Election Commission. 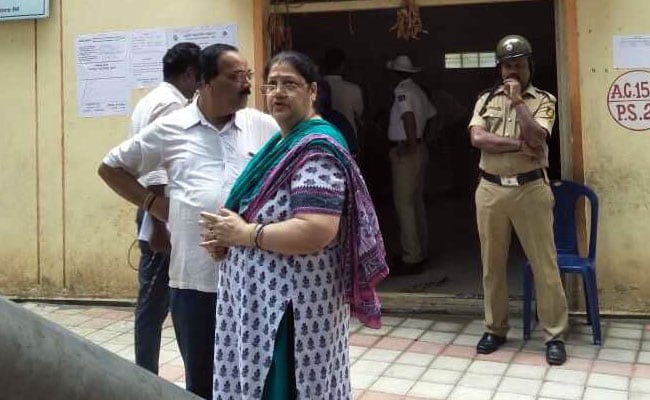 Bengaluru: The ruling Congress in Karnataka alleged that Electronic Voting Machines (EVMs) had malfunctioned in parts of the state as voting took place across 222 constituencies on Saturday. Voting was delayed for two hours at a polling booth in Banahatti, allegedly because the voting machine was faulty.

Brijesh Kalappa, Congress spokesperson, posted a series of tweets on complaints of faulty EVMs and said the party would take it up with the Election Commission.

There are 5 booths opposite my Parent's apartment at RMV II Stage, Bengaluru. In the 2nd booth, any button pressed registers a vote ONLY to kiwi mele Kamala i.e Kamal ke phool. Angry voters are returning without casting their vote.

So far we have received 3 complaints of malfunctioning EVM/VVPAT across the State including from Ramanagara, Chamarajpet and Hebbal. The INC is taking up these issues with the EC.

Yesterday, the Election Commission deferred voting in Rajarajeswari Nagar constituency in Bengaluru over the discovery of nearly 10,000 voter IDs at a flat. The BJP has alleged that this is proof the Congress was attempting to manipulate the Karnataka election.

Voting had earlier been put off at the Jayanagara seat in Bengaluru after the death of the BJP candidate.

Promoted
Listen to the latest songs, only on JioSaavn.com
Around five crore people are eligible to vote in the Karnataka polls, where pollsters have predicted a close fight between the Congress of Chief Minister Siddaramaiah and its main challenger, the BJP. The Janata Dal Secular of HD Deve Gowda hopes to win enough seats to make a difference if predictions of a hung assembly prove correct.

The results for the Karnataka election will be declared on Tuesday.