"Kannadigas Will Get Lion's Share Of Jobs In Karnataka,": BS Yediyurappa

The chief minister also called on those migrating to Karnataka to adapt to the Kannada culture, lifestyle and language, without compromising their identity. 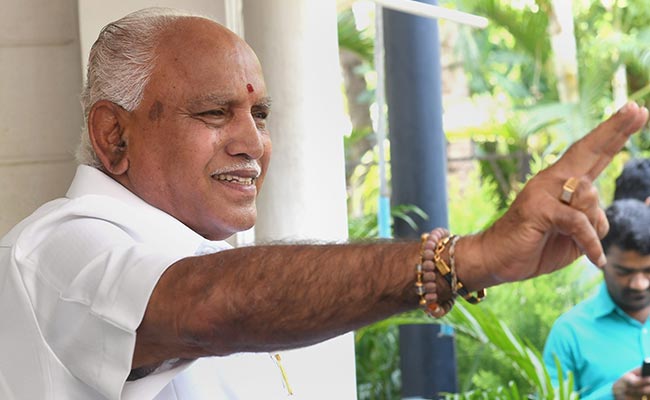 Amid growing demand to reserve jobs for Karnataka residents, Chief Minister BS Yediyurappa said today that his government is committed to ensuring that employment opportunities of Kannadigas are never compromised and they get a lion's share of jobs.

The chief minister also called on those migrating to Karnataka to adapt to the Kannada culture, lifestyle and language, without compromising their identity.

"There has been an increasing demand that the employment representations of Kannadigas in jobs in Karnataka are on decline. It is our established and stated stand that Kannadigas must get a lion's share in jobs available in Karnataka," Mr Yediyurappa said.

Delivering his Independence Day address in Bengaluru, he said the government's policy echoes this view.

"On this occasion, I would like to reiterate and declare that this government respects the sentiments of the people of this land. We are committed to ensuring that the self-respect and job opportunities of Kannadigas are never compromised or come under threat," he said.

"At the same time, in the federal structure, we are ready to offer equal opportunities to all those who come to Karnataka seeking employment opportunities," Mr Yediyurappa added.

On Wednesday, pro-Kannada activists held a day-long protest demanding jobs for locals. There have also been social media campaigns on this issue in recent times.

Activists are also demanding a policy similar to Andhra Pradesh, which recently passed a legislation mandating employment of at least 75 per cent state candidates in local industries.

Mr Yediyurappa also called on those migrating to Karnataka to adapt to the Kannada culture, lifestyle and the language.

"In this regard, Kannadigas lead by example. Kannadigas - no matter where they go and settle - blend seamlessly with the country or town of adoption. This is worth emulating," he added.

He said Karnataka is an important state among the "progressive states" in the country, adding his government was committed to building a wealthy and healthy Karnataka, while keeping the lead.