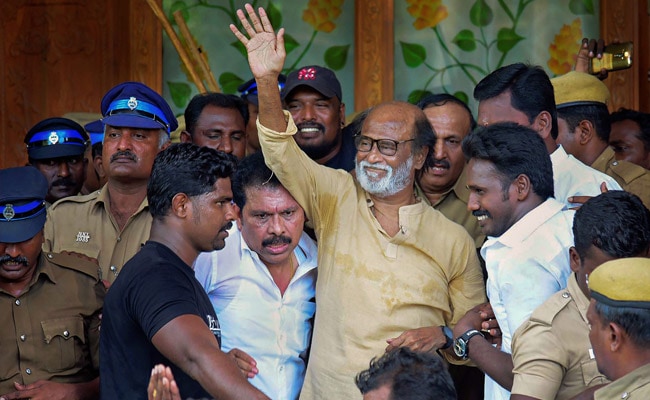 Rajinikanth has a great fan following in Karnataka, especially in Bengaluru and Kolar. (File)

Chennai: Actor Rajinikanth on Monday approached the Karnataka High Court seeking the release of his film "Kaala" in Karnataka, where his remarks on the release of Cauvery waters have hugely upset the film fraternity. The superstar's latest offering is slated to be released across the country on Thursday. But in Karnataka, the Film Chambers of Commerce has banned it.

KFCC president Sa Ra Govindu has admitted that the actor's statement on Cauvery was responsible for the move. "The ban will remain because neither will he apologise for his statement nor are we going to pardon him," news agency Press Trust of India quoted him as saying.

Chief Minister HD Kumaraswamy had responded by asking Rajinikanth to visit the state and see the condition of farmers and the water level in the dams before commenting on the matter.

Rajinikanth has a great fan following in Karnataka, especially in Bengaluru and Kolar, where there is a considerable Tamil population. But the 67-year-old actor's comments on the Cauvery issue have often made him the target of pro-Kannada organisations.

Promoted
Listen to the latest songs, only on JioSaavn.com
On Monday, fellow actor-politician from Tamil Nadu, Kamal Haasan, who met Karnataka Chief Minister HD Kumaraswamy to discuss the Cauvery issue, appeared to distance himself from the controversy over the film. "I did not discuss movies. That's for the film chambers in both states to sort out," he said, adding that the issue of water sharing was "more important than movies ".

He was, however, criticised for not broaching the topic with the Chief Minister. Critics pointed out that Rajinikanth had written a letter to help Kamal Haasan when his Vishwaroopam ran into trouble in January 2013.