A bench headed by NGT acting chairperson Justice Jawad Rahim said the report submitted by the state government was "incorrect and misleading" and was bereft of the actual action taken on the ground. 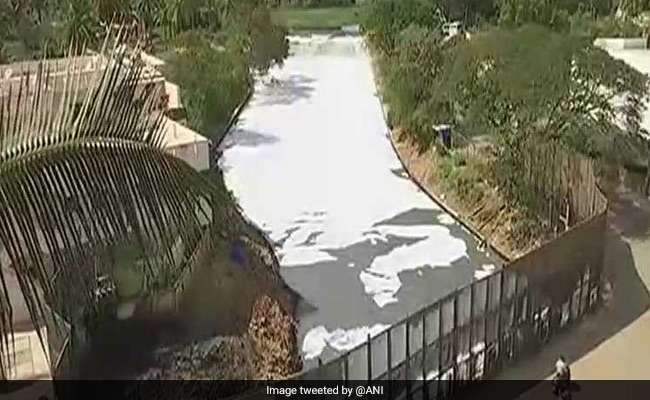 The committee would inspect Agara, Bellandur and Varthur lakes in Bangalore on April 14 and 15. (File)

New Delhi: The National Green Tribunal (NGT) today slammed the Karnataka government over its action plan on Bengaluru's Bellandur lake and formed a committee to inspect the lakes in the city.

A bench headed by NGT acting chairperson Justice Jawad Rahim said the report submitted by the state government was "incorrect and misleading" and was bereft of the actual action taken on the ground.

"We are not here just to read files and close them. Compliance of the order has to be done, Do you want us to call the Army for compliance," the bench observed.

The green panel, which stopped short of imposing a fine on the state and its instrumentalities, formed a committee comprising senior advocate Raj Panjwani, a professor from Indian Institute of Science- Bangalore, a senior scientist from Central Pollution Control Board, the commissioner of Bruhat Bengaluru Mahanagara Palike, the secretary of Bangalore Development Authority and a lawyer to be chosen by the senior advocate.

The committee would inspect Agara, Bellandur and Varthur lakes in Bangalore on April 14 and 15.

The committee has been directed to submit a detailed report after conducting inspection of the lakes and inform the tribunal about the quantum of municipal solid waste generated by the apartments and other agencies in the vicinity of the water body.

"The committee shall inform the tribunal about the extent of hydrophytes in the lakes along with the incidents of fire which have taken place till April 10, 2018, condition of treatment plants around the lake, if any, and whether the apartments have obtained the occupancy certificates from authority," the bench said.

Hydrophytes are aquatic plants that grow in or near water and provides cover for fish and other aquatic organisms.

The tribunal had earlier rapped the state for not removing weeds and macrophytes from Bengaluru's Bellandur lake at regular intervals despite specific orders and directed it to submit monthly compliance reports.

The tribunal had directed the state government to produce sufficient material proof of the action taken in this regard and posted the matter for hearing on April 11.

On January 29, the green panel had directed Indian Institute of Science (IISc) in Bengaluru to carry out a pilot study on the visible aquatic plants.

Promoted
Listen to the latest songs, only on JioSaavn.com
"Considering the role of macrophytes in rendering the quality of water in lakes below acceptable levels, it is necessary that the macrophytes menace is terminated once and for all," the Tribunal had said.

Earlier, the green panel had come down heavily on the Karnataka government for not taking active measures to prevent recurring incidents of fire at the severely polluted Bellandur lake.