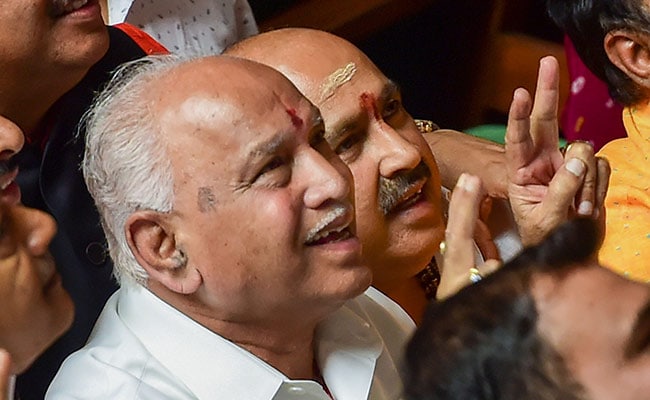 BS Yediyurappa said Alamatti Dam was too far from Maharashtra to pose any real threat.

Karnataka Chief Minister, BS Yediyurappa,today claimed that the people of neighbouring Maharashtra will not be affected even if the Alamatti and Narayanapura dams on the Krishna river in Karnataka are filled to their maximum capacity.

Addressing the media during his visit to flood-hit areas in Belagavi district's Chikkodi taluk, Mr Yediyurappa said he was dismayed by articles claiming that Maharashtra's Kolhapur and Sangli districts were hit by floods due to backwaters from the Alamatti and Narayanapur dams. He said such reports could spark unrest between the two states.

The Chief Minister claimed that the backwaters cannot reach these districts because Sangli and Kolhapur are far from Alamatti dam. He said that the current level of Alamatti dam is just 85 thousand million cubic feet (TMC) as opposed to its maximum capacity of 123 TMC while Narayanapura dam is at 18 TMC as opposed to its storage capacity of 33 TMC.

"I have already discussed this thrice with the Maharashtra Chief Minister but because a section of media reports are misleading and far from truth, I am clarifying it again," he said.

According to initial reports, approximately Rs 5,000 crore would be required for compensation and rehabilitation purposes. As many as 30,000 houses need to be constructed, Mr Yediyurappa said, adding that a detailed survey will be conducted after a week and appropriate compensation disbursed. The Karnataka Chief Minister had gone directly to the flood-hit areas after his return from New Delhi on Wednesday. He will be in the area for another two days.

Before speaking to the media, the Chief Minister conducted meetings with officials and instructed them to keep in touch with their counterparts in Maharashtra to closely monitor the release of water and take precautionary measures for the safety of villagers on the banks of the Krishna.