2 Bandhs In Karnataka In Next 2 Weeks Over Mahadayi Water Sharing Row: 10 Points

While the first bandh has been called for Thursday, the second bandh in Bengaluru on February 4 will coincide with Prime Minister Narendra Modi's visit to the city for state BJP's Parivartan Yatra 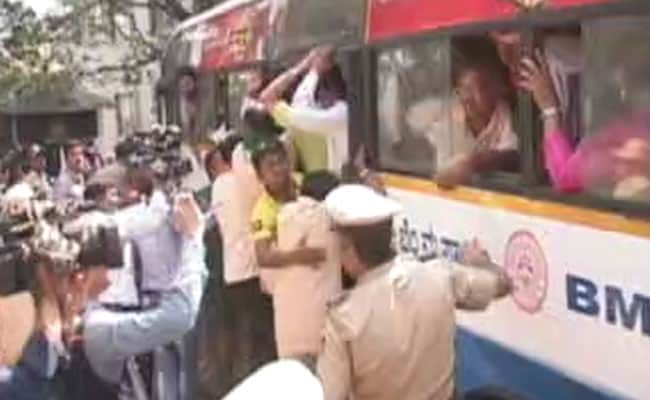 Karnataka: Pro-Kannada groups along with farmers have called for a statewide Karnataka bandh on January 25 to urge the central government to resolve the Mahadayi water dispute at the earliest. Another bandh on February 4, this time in Bengaluru, will coincide with Prime Minister Narendra Modi's visit to the city for state BJP's Parivartan Yatra. The Mahadayi river is essentially a rain-fed river shared between Karnataka and Goa. While a major part of Mahadayi flows in Goa, its tributaries nourish parts of Maharashtra and Karnataka. Goa has strong reservations about sharing its water, especially with Karnataka leaving the two states entangled in a dispute for over 30 years.

Here is a 10-point lowdown on the water sharing dispute: