Coronavirus: The Jamaat members also spit on hands and then touch staircase railings, Aarti Lalchandani, a senior doctor at the hospital, said. 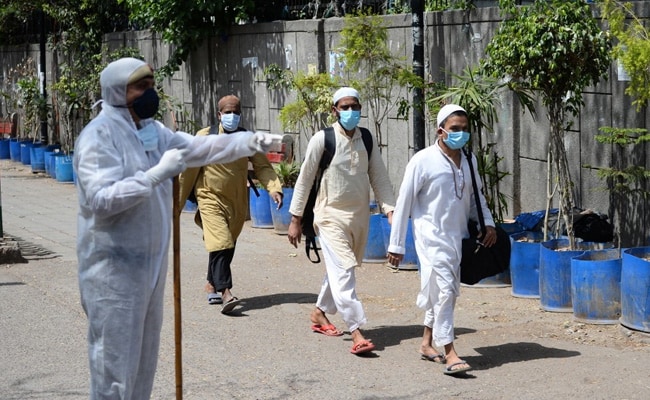 Members of the Islamic sect Tablighi Jamaat, admitted to a hospital in Uttar Pradesh's Kanpur, allegedly refused to take medicines and misbehaved with the medical staff, prompting authorities to remove female staffers from there, officials said on Saturday.

Six of the 22 members have tested positive for coronavirus, Chief Medical Officer Ashok Shukla said. All 22 were admitted to Lala Lajpat Rai Hospital on Tuesday and Wednesday.

They are among the thousands who attended a religious congregation at organisation's Delhi headquarter, now being seen as a coronavirus hotspot.

"Our team is engaged in providing healthcare services to those admitted here. They were told not to spit in the hospital, but they refuse to accept our instructions. They also misbehaved with the doctors. It is sad that despite giving every possible help, they are behaving in this manner. However, with police intervention, the situation has now come under control," she told news agency PTI.

Female staffers had to be removed from the hospital due to their behaviour, she said.

"Despite giving them rice, daal and paneer in their meals, they demand good food. They also demand good clothes and better facilities," she said.

The hospital administration has informed the authorities concerned regarding misbehavior of the Tablighi Jamaat members, the doctor said.