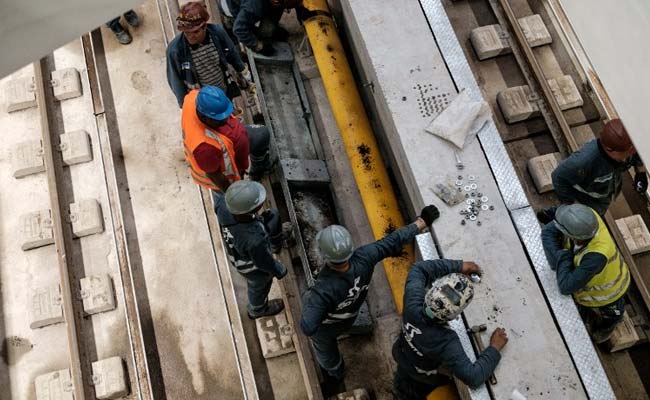 Kanpur: Ahead of the foundation laying ceremony of Kanpur metro project on October 4, a poster war has begun between the Samajwadi Party and the BJP with both claiming credit for getting the project off the ground.

While the chief minister will also inaugurate other development projects during his visit, both the BJP and the Samajwadi Party have come up with posters claiming credit for the metro rail.

According to the district administration the project is a joint venture between the centre and the state government.

Promoted
Listen to the latest songs, only on JioSaavn.com
Posters put up by the Samajwadi Party are full of praise for chief minister Akhilesh Yadav, while BJP posters credit local BJP leader Murli Manohar Joshi for bringing the metro to Kanpur.

According to sources the estimated cost of the proposed project connecting IIT Kanpur to Naubasta in the city centre is over Rs 5000 crore. Once operational the project is likely to give the city's commuters respite from traffic congestion.