A total of 182 women candidates have qualified the Civil Services exam this year. 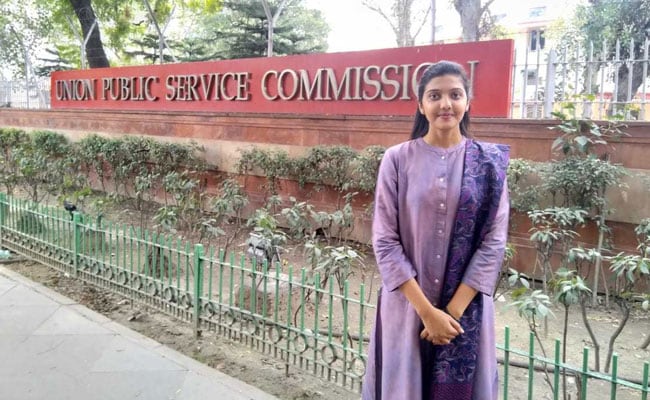 "Prior to my preparation I had deactivated all social media accounts," said Srushti Jayant Deshmukh who has secured 5th rank in the Civil Services exam 2018. 23 year old, Ms Deshmukh, is the topper among women candidates. "I relied on online study material for the exam," she said. The Union Public Service Commission (UPSC) has declared the final result of the Civil Services Exam 2018. A total of 182 women candidates are among the 759 candidates who have recommended for various government services.

She took the exam with Sociology as her optional paper.

"Though I went to coaching classes for the exam, I never relied on them solely," she said. "I used to study 6-7 hours a day and took online test series for the exam," she added. Previous year question papers have also helped her she says.

Ms Deshmukh hails from Bhopal, Madhya Pradesh and is a Chemical Engineer. She graduated from Rajiv Gandhi Prodyogiki Vishwavidyalaya in 2018. Born to an engineer father and a teacher mother, she had always dreamt to be an IAS officer. She has a brother studying in class 7.

She loves music and practices Yoga and meditation daily.

She credits her success to her parents, who have guided her well to achieve the feat.

Kanishak Kataria has topped the Civil Services Exam 2018. The 26 year old, IIT Bombay graduate, has won hearts over internet after he acknowledged his girlfriend for his success. He is from Rajasthan.

More than 10 lakh candidates had registered for the Civil Services exam 2018.