Noting the submission of NrDMC that salaries of the remaining teachers for April would be released by the end of July, the court said this would still leave the months of May and June. 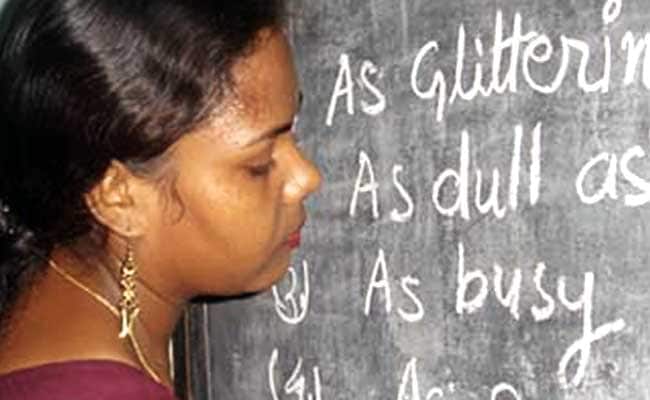 The Delhi High Court was informed by the North Delhi Municipal Corporation (NrDMC) on Tuesday that it has paid salaries to all 9,000 teachers engaged by the Municipal Corporation till March and 5,406 of them, who are put on COVID-19 duty, have been given their dues for April. Noting the submission of NrDMC that salaries of the remaining teachers for April would be released by the end of July, the court said this would still leave the months of May and June.

A bench of Justices Hima Kohli and Subramonium Prasad directed the Delhi government and the NrDMC to file fresh status reports by July 31, giving the updated status of release of funds or salaries in respect of the teachers employed by the civic body in its schools.

The court, which was conducting the hearing through video conferencing, listed the matter for further hearing on August 5.

The NrDMC blamed the Delhi government for not releasing Grant-In-Aid to the civic body due to which it is unable to pay the salaries of its employees.

The Delhi government, in its status report, said that the Grant-In-Aid payable by the Delhi Government to the NrDMC for release of salaries to its teachers was Rs 147 crore for the first quarter of this year, that is, from April to June and it has been released in three monthly tranches.

As for the Grant-In-Aid required to be released by the Delhi government for the second quarter (July to September), Delhi government standing counsel (Services) Avnish Ahlawat said that the payment of Rs 49.17 crores for July will be released by the end of this month, and similarly, the remaining two tranches of the like amount will be given at the end of August and September.

The NrDMC, in its affidavit filed through advocate Mini Pushkarna, submitted that the remaining amount payable to the teachers is generated internally but due to the orders passed by the Supreme Court, the civic body is required to release the salaries of sanitation workers, health workers and doctors, who are on COVID-19 duty. on top priority.

It claimed that the Delhi government is yet to release its share of the salaries payable to the sanitation workers.

On this, the court queried the NrDMC counsel as to what steps it has take to approach the court for seeking necessary directions to the Delhi government particularly when the money payable to the teachers towards the arrears of their salaries is apparently being diverted by the civic body from its internal funds to be paid to the sanitation workers, health workers and Doctors in terms of the top court's order.

To this, Ms Pushkarna submitted that an application would be filed by the civic agency within two days before the bench headed by Chief Justice of the high court in another suo motu PIL concerning salaries to be paid to the doctors of NrDMC, for appropriate orders.

She also informed the court that the salaries of 5,406 teachers, who are on COVID-19 duty, for April have been released on July 14.

Advocate Ashok Agarwal, who has filed an application on behalf of intervenors, said that for a permanent solution to this problem of lack of funds, either the central government should take over the MCDs or the civic bodies be merged with the Delhi government or all the three MCDs be merged together like it was earlier.

The bench was hearing a suo motu PIL initiated by the high court with regard to the disbursement of unpaid salaries of teachers employed in schools run by the NrDMC.

The high court had initiated the PIL after hearing the petition filed on behalf of North Delhi Municipal Corporation teachers by Akhil Dilli Prathmik Shikshak Sangh, seeking direction to the authorities to pay their salaries which were due since March, when the nationwide lockdown was imposed.

While initiating the PIL on June 26, the bench had remarked that teachers deployed on COVID-19 duty can be equated to corona warriors and was displeased that their salaries have not been paid since March.

"This is a very sorry state of affairs," the high court had said.

The bench, on June 18, had directed the NrDMC to pay arrears of salaries within a week, saying the teachers cannot be made to run from pillar to post for their lawful dues.