On the other hand, candidates are awaiting group D admit card. Group D exam dates have not been fixed yet and candidates will be intimated about the details through SMS and emails. 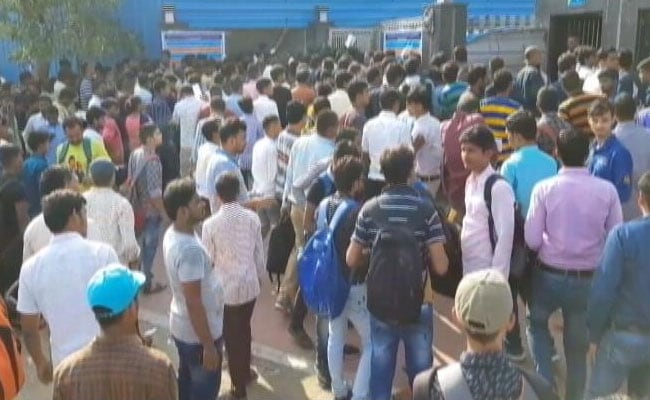 As per the latest information given by the RRBs, Indian Railways has extended the first stage computer based test for group C posts till September. On the other hand, candidates are awaiting group D admit card. So far, the RRBs have asked candidates not to use the group C admit card link. Group D exam dates have not been fixed yet and candidates will be intimated about the details through SMS and emails.

RRB ALP, technician exam which was supposed to conclude on August 31 will now be held till September 4, 2018. Considering the plight of flood affected Kerala candidates, the national transporter had, earlier, decided to postpone the exam. Yesterday (August 23, 2018), it has confirmed the rescheduled exam date. Admit cards will be released from August 31.

On the first day of the exam, August 9, the examination was cancelled for many candidates. It was also observed that many candidates, who are eligible for CEN 01/ 2018, have not been scheduled for the exam. Such candidates will also appear for the exam on September 4.

Candidates, whose exam was cancelled on August 9, can avail the facility of free travel.

In another update, RRB Ajmer has notified ALP, Technician candidates that the website will be down for maintenance activity from 26 August (10 pm) to 27 August (7 am). Concerned candidates can visit the official websites of other RRBs for downloading their admit card.