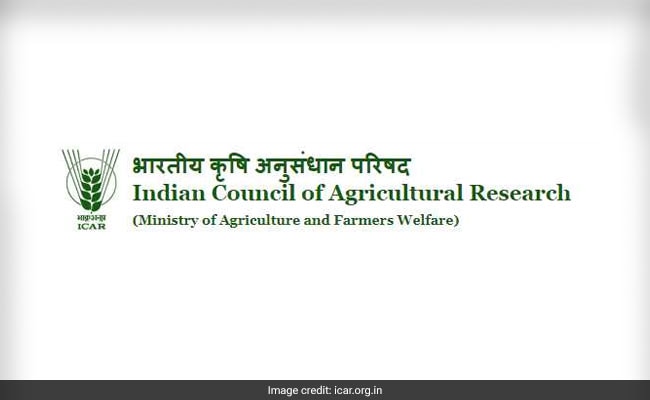 The admit cards for the test will be released on a later date.

ICAR NET 2019 date has been changed. Indian Council of Agricultural Research (ICAR) has postponed the National Eligibility Test (NET) to January. The test was supposed to be held from December 9 to December 15. ICAR NET, as it is also referred to as, is conducted by the Agricultural Scientists Recruitment Board (ASRB) to determine the eligibility for lectureship in state agricultural universities and other agricultural universities under the Council. The exam is held for 57 agriculture and allied disciplines.

As per the new schedule, the ICAR NET will be held from January 6 to January 10.

The admit cards for the test will be released on a later date.

The ICAR NET will be computer based and will have 150 marks in total. It will be held at 32 exam centres. Candidates have to score minimum 75% in the ICAR NET to qualify. The pass mark for candidates belonging to OBC category and SC/ ST/ Divyang categories are 67.5% and 60%, respectively. The question paper will be in English and Hindi. The standard of the question paper will be of Master's degree.

NET is the only exam that ASRB conducts on behalf of ICAR. The onus of other exams of ICAR like All India Entrance Exam for Agriculture Admission for undergraduate, postgraduate and PhD programmes have been transferred to the National Testing Agency (NTA) from this year.