The information was given yesterday at a high-level meeting chaired by Jammu Divisional Commissioner Sanjeev Verma. 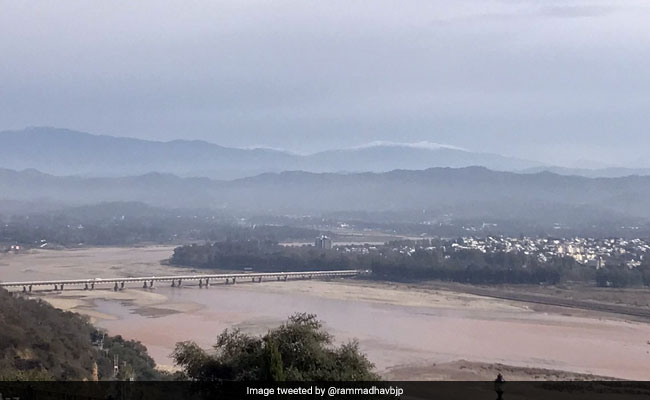 In a bid to curb illegal mining, CCTV cameras have been installed at various locations along the Tawi river in Jammu, an official spokesman said today.

The information was given yesterday at a high-level meeting chaired by Jammu Divisional Commissioner Sanjeev Verma who directed enforcement agencies to act tough against illegal mining on the river bed in the winter capital.

The meeting was convened to review the implementation of high court directions on removal of encroachments, the spokesman said.

He said the meeting was informed that surveillance cameras were installed at various locations to keep check on illegal activities along the Tawi, following which eight out of 14 unauthorised stone crushers were sealed.

Taking serious note of encroachments, Mr Verma asked the concerned departments to identify the unauthorised and illegal constructions in the city areas and the Tawi river catchment area and initiate extensive anti-encroachment drive, he said.

According to the spokesman, the divisional commissioner asked police to prepare a surveillance grid where intercepting and surveillance unit would be located and manpower placed.

Mr Verma instructed the concerned functionaries for maintaining a daily visual evidence of the identified areas and deal firmly if any change in the status that indicates any encroachment or illegal construction is noticed, he said.

He also directed vice-chairman of the Jammu Development Authority to complete the geo-tagging of the areas falling within its jurisdiction, the spokesman said.

The divisional commissioner also asked the departments to share the details of illegal structures with police so that necessary action can be initiated and further directed for conducting physical verification of status of illegal encroachments, he added.

He asked them to take legal action against any person who creates hurdle during anti-encroachment drives, he said.