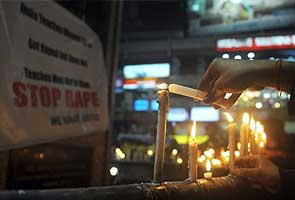 Bhiwani: Seven persons were booked on Sunday for allegedly confining a woman of Jamalpur village in the district for several months and raping her repeatedly during the period, police said.

According to a complaint filed by the victim, the woman, who along with her two-year-old baby had gone to visit her mother at Bhiwani eight months ago, was waiting at the bus stop when she was abducted by the car-borne accused, they said.

The victim was brought to Jaipur where she was repeatedly raped by them.

However, two days ago, she managed to flee from their clutches and reported the matter to police.

Promoted
Listen to the latest songs, only on JioSaavn.com
A case has been registered against the absconding accused while further probes are on, they added.